Home
Tech
Can I get ACC Network on DirecTV? All Explained

The ACC Network is about ready to go live. You’re in luck if you’re a DirecTV subscriber.

Many cable and digital carriers, including DirecTV, have signed deals with the network set to launch at 7 p.m. on Aug. 22.

Verizon Fios, Google Fiber, Hulu Live TV, Optimum, PlayStation Vue, and YouTube TV are among the other carriers that will provide the network. Spectrum recently announced a partnership.

Comcast/Xfinity, DISH, and Cox are among the carriers who have yet to sign ACC Network carriage agreements.

The ACC Network will debut with a two-hour version of All-ACC, the network’s flagship studio show that’ll cover all of the league’s sports and act as a showcase for the network’s on-air personalities.

Live ACC sports and related studio programming will be available 24 hours a day, seven days a week on ACCN. The network intends to broadcast approximately 450 live events each year, including 40 regular-season football games, 150 men’s and women’s basketball games, and 200 other regular-season and tournament games from the conference’s 27 sponsored sports.

Games originally aired on other ESPN networks can be re-broadcast on ACCN, but no plans to broadcast bowl games are currently in the works.

When does the ACC Network begin?

The ACC Network will debut in time for the start of the college football season.

The network is set to debut on Aug. 22, with over 450 events planned, including 40 football games, over 150 basketball games, and 200 games from other sports.

On the ACC Network Extra, which is only available online, 900 events are scheduled to air.

ACCN will be able to re-air games that were already broadcast on other ESPN networks, although there are no plans to air bowl games at this time.

The ACC Network will be available on various cable platforms, including DIRECTV, Google Fiber, Hulu Live TV, PlayStation Vue, Verizon Fios, and others.

There is currently no information about when or whether ACCN will be available on Spectrum or DISH Network.

Many ACC fans, including those in the Syracuse and Clemson areas, could be without the channel when it launches if an agreement isn’t reached.

Comcast/Xfinity and Cox, including Spectrum and DISH, have yet to reach an agreement to carry ACCN.

If your local provider does not yet have an ACCN contract, the schools and ACC suggest contacting the cable company directly.

Our fans can go to GetACCN.com, sign up, and log in because that information is crucial. Distributors will be given access to this information. Alternatively, they can contact their provider to request the ACC Network, whether it’s Comcast, Charter, or Dish. They must raise their voices in protest. In these discussions, their collective voice has an influence. That’s something I’ve seen at ESPN.”

Read: How To Get HBO Max on DirecTV?

The commissioner’s forum focuses on ACC network programming and delivery.

Charlotte, North Carolina — Three years ago, ACC Commissioner John Swofford opened the league’s annual media summit in Charlotte, ecstatic about the launch of a national television network that would provide the conference’s schools with unparalleled visibility and revenue.

Swofford’s vision has now crystallized into specific programming that will take audiences outside the lines of the field or court, only one month after the official launch of the new linear channel, ACC Network, on Aug. 22.

Swofford took the stage with a few ESPN network executives on Wednesday morning to preview upcoming programming, including the lineup that will air when the network launches at 7 p.m. on Aug. 22.

During his question-and-answer session with reporters, the commissioner spent a lot of time talking about the network’s delivery.

The ACC Network will debut with a two-hour version of All-ACC, the network’s flagship studio show that will cover all of the league’s sports and act as a showcase for the network’s on-air personalities.

That will lead to one of the network’s first original programming projects, a documentary about Duke basketball’s 1982 recruiting class, as well as a 30-minute bonus program about the class’s reunion.

The actual games would likely be the most relevant material for Syracuse fans to watch. Each year, the ACC Network will be the only way to watch Syracuse football and basketball games.

As the Aug. 22 launch date approaches and the football season approaches, access to the network remains a concern.

According to Swofford, the network’s overall performance will be determined by its ability to achieve revenue targets with cable companies, which will impact the amount of money returned to the schools.

Comcast/Xfinity, Spectrum, DISH, and Cox are among the carriers that have yet to sign ACC Network carriage agreements.

How To Watch Local Weather Channels on DirecTV? 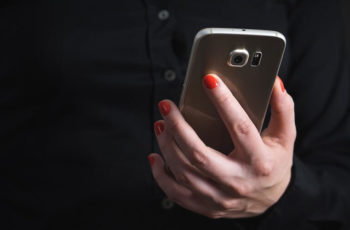 Sometimes having unnecessary calls and messages disturbs a person a … 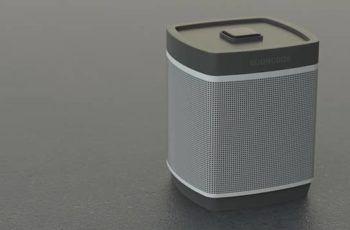 An easy guide to reset the Bluetooth speaker. We are …