Computer as a TV Screen: Using a computer monitor as a TV screen will help you save money and space. We’ve grown accustomed to multipurpose devices in our daily lives. Technology is beginning to converge pleasingly.

We used to daydream about everything being related when we were kids (in the 1990s). That is electrical instruments. We never understood why my television couldn’t be connected to the internet. We were all baffled as to why we couldn’t watch cable on our computers. A color screen should, in our opinion, be a color screen. Fortunately, it has been the case for quite some time now (details about this could be argued a little).

Is It Possible To Transform A Computer Monitor Into A Television?

Yes, as long as your monitor has such modern capabilities, it can easily be turned into a television screen. However, simply plugging the cable box into a computer monitor is not an option for many models. Second, there are a few details to remember. You will need to make some changes to your entertainment setup depending on the display and media source:

Read: How To Get YouTube on the LG Smart TV?

How to Transform A Computer Monitor Into A Television

In an ideal world, turning your computer monitor into a television screen would be easy. The computer monitor will have an HDMI port that would enable you to connect it to most modern devices. Some older monitors, on the other hand, do not have an HDMI input. Before the introduction of HDMI, VGA inputs were the standard.

Additionally, this adapter can assist you with sound. Audio output can also be used to remove the audio signal from the HDMI link. You can connect a soundbar directly to this unit.

Even if your monitor has built-in audio, the sound quality is unlikely to impress you. To get better sound from your newly converted computer monitor, we suggest using an external gadget.

A small soundbar, such as this one from Bowmaker, may make a significant difference. It will provide you with higher-quality sound than you’ll likely get from your computer display.

Read: How To Add and Remove Apps on Sony Android Smart TV?

Using Your Monitor As A TV Tuner

A TV tuner is needed to connect a cable or antenna signal to your computer. A TV tuner decodes the incoming signal and converts it to an image.

After 2006, all televisions must have a built-in TV tuner, which converts the cable or antenna signal into video and audio. It eliminates the need for an external TV tuner by connecting an antenna or cable directly to your TV.

Computer displays do not have built-in tuners. Then, using a Set-Top Box or Tuner, we’ll look at how to use a monitor as a TV.

First, I’d like to suggest a different approach. It is our unique solution, and it makes things much simpler for me. I attach my monitor to an Amazon Fire Stick and can watch whatever I want without cables or TV tuners. If you can, consider the Fire Stick to be my 21st-century Set Top Box. All you have to do is plug it into the HDMI port on your monitor to use it.

These days, it seems that most households have at least one Fire Stick. They can handle a variety of subscriptions, including Netflix, Hulu, Amazon Prime, and Sling. You will subscribe to any of these channels for a fraction of the cost of cable.

The basic Netflix plan, I believe, is still $8.99 a month. Hulu and Sling will have all of the channels and live television that cable can, but at a lower cost.

Connecting Your Monitor To A Cable Box

IF YOUR MONITOR HAS AN HDMI INPUT WITHOUT AUDIO (OR AUDIO OF POOR QUALITY):

You’ll need an HDMI Audio Extractor (see link and diagram below). Your HDMI cable can exit your cable box and enter the HDMI Extractor directly. For the video signal, a second HDMI cable will be plugged into your computer. The audio extractor will be attached to your speaker through an audio output cable.

If your display only has a VGA input, you’ll need to use the HDMI to VGA converter once more. Until plugging into your computer, this will be the last system in line.

Connecting Your Computer Monitor To A TV Antenna

Let’s say you don’t have a cable box, don’t have internet access, or don’t want to set up a smart TV. It is also possible to use a PC display with an antenna and a TV tuner. What you need are the right resources and an understanding of how to use them.

The aim is to attach a television antenna to your computer monitor. A built-in TV tuner is unlikely to be found on your computer. It means you’ll need an OTA converter box in addition to the TV antenna.

7 Ways to Fix LG TV not Connecting to WiFi Issue 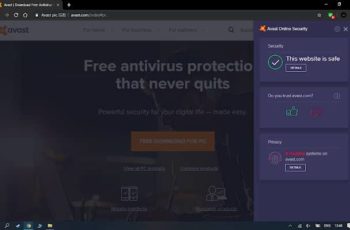 In this article, we have complete detail about How to …

Today we will start a new topic that is how …