Buying consumer goods made in the United States is a smart way to support the local economy. However, when it comes to televisions, you will have to scour stores before finding a device made in your own country.

Many TV manufacturers have relocated their activities to other countries to remain competitive. After losing their competitive advantage, some even sold their businesses. Is there such a thing as an American-made television?

As of 2021, this is a comprehensive list of all televisions manufactured in the United States.

The following is a list of all American-made televisions:

Silo Digital is a well-known American television manufacturer. The business is based in Chatsworth, California, and is privately owned. It’s a consumer electronics company that focuses on LED televisions.

For more than a decade, Silo has been producing televisions. They began with tube televisions at first. The company also produces LCD and LED televisions with screen sizes varying from 32 to 84 inches. Some 3D LED units are also available from the company.

In 1911, Philips Magnavox began as a Commercial Wireless Development company. Its headquarters were originally in Napa, California, before moving to San Francisco. The company underwent a number of transformations before becoming a subsidiary of Philips, a Dutch electronics company, in 1974.

Philips Magnavox is also mostly known for producing television sets, among other items. Mexico, China, Malaysia, Thailand, and the United States are among the countries where it owns plants.

The majority of Philips Magnavox TVs are made in Asia. The United States, on the other hand, manufactures a variety of projection television models that bear the Made in America mark.

Read: How to control your Soundbar with a TV remote?

Another big television manufacturer that sells units manufactured in the United States is Element Electronics. In Winnsboro, South Carolina, the company opened an assembly plant that also serves as the company’s American headquarters.

Element Electronics is best known for its Android and Roku-compatible Smart TVs. While the majority of Element TV sets are made in Asia, they are assembled in the United States.

SunBrite TV is a Thousand Oaks, California-based American television network. It specializes in producing outdoor televisions that are designed to withstand the elements.

SunBrite TV has two other production facilities in Texas and North Carolina, in addition to its main facility in California. SunBrite has some great indoor and outdoor choices if you’re looking for high-quality American-made televisions.

Have you ever wondered where the Spectre televisions are manufactured? Now you know: the United States of America. Spectre is a privately held consumer electronics firm headquartered in the California city of Industry.

CRT TVs, laptop computers, networking devices, cameras, and other items are among the products manufactured by the company. Spectre is best known for its inexpensive LCD and LED TVs with incredible 4K displays. Visit their Amazon store to see their whole catalog.

If you want to buy American-made televisions, this should be one of your choices. Green Bay, Wisconsin-based Seura is a television production corporation.

Tim and Gretchen Gilbertson founded the company in 2003. Their first television set was a TV mirror prototype that, when turned off, transformed into a full-length mirror.

The company has concentrated on the design and manufacture of lighted mirror television sets since then. Waterproof dual-purpose vanity TV mirrors for use in places like bathrooms are also available from the brand. It also sells a variety of indoor and outdoor televisions.

Read: Can You Watch Normal TV on Amazon Fire Stick?

What countries produce some of the most well-known television brands?

When you look at the list of brands and businesses above, you’ll note that some well-known television personalities aren’t included. Have you ever thought about where these are made?

To sum it up

These are a few of the best televisions produced in the United States. American-made brands are clearly on the decline, according to the list. These businesses, however, bear the Made in America label, which you can endorse if you are patriotic. Furthermore, some of the TV brands and models, such as outdoor TVs and dual-purpose TV mirrors, are very innovative.

How to Pair Devices with Bluetooth on Samsung Smart TV?

How to connect the phone to smart TV without WiFi?

How to Install third-party apps on LG smart TV? 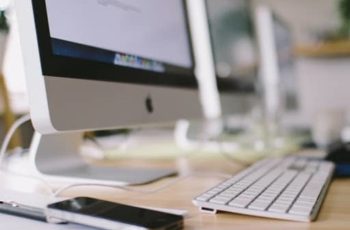 An investment in purchasing a Mac, either a MacBook or … 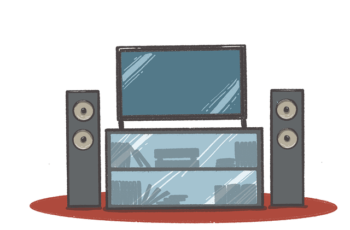 You’ve been saving for a long time and are finally …