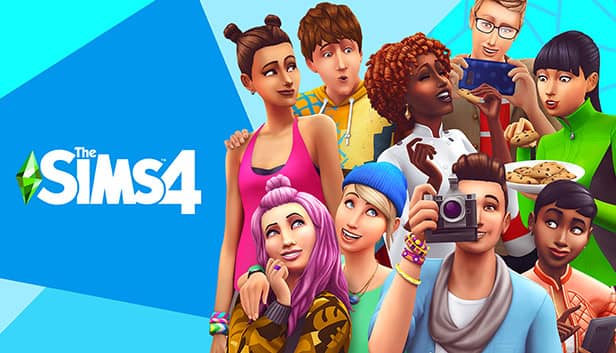 In this article, you will learn how to get Sims 4 on your Chromebook.

Before we start, let me go ahead and provide you the information about why it does not work on Chromebook. The reason is simple, Sims 4 was developed keeping windows and apple users in mind. The game also has a console version available for both PS4 and Xbox.

However, on PC, you either need iOS or Windows operating in order to run it. And since, Chromebook runs on an operating system developed by Google known as Chrome OS. And when the game came out, this OS didn’t exist, and hence, the game never came out for this OS.

I did manage to come across a way to get the game working on your Chromebook, however, I would like to point out that it would require you to violate your warranty policies and any failure in hardware or software after doing this would not be covered by the Chromebook company warranty. So, please do make sure that you’re comfortable with that before proceeding any further.

Read: How To Play MOV Video Files in Windows 10?

How To Uninstall Chrome OS?

Now, let’s get started. The following are the steps in order to achieve that:

STEP 1: You would need to open up your Chromebook hardware and remove the write protection screw.

STEP 2: Once, that is done, you would have to enable the developer option.

STEP 3: In order to do that, you would need to press and hold ESC and the refresh key and then, press the power key, and release the power key without letting go of the other two keys.

STEP 4: A screen would show up indicating that the Chrome OS is damaged You would need to press CTRL+D keys, and then, press enter. This would enable the developer mode on your Chromebook.

STEP 6: When the Chrome OS boot is complete and you’re at the home screen, open a chrome tab, and press CTRL+ALT+T.

STEP 7: Then, a window would appear which would look similar to the command prompt on the Windows OS.

STEP 8: You would need to type “Shell” and then hit enter.

STEP 9: After that, you would need to type ““cd;bash <(curl https://johnlewis.ie/flash_cb_fw.sh)”” and then hit enter.

STEP 10: It would show a list of operations that can be carried out by you.

STEP 11: Then, you would need to select install full ROM.

Let it get completed, then, it would restart your computer and once that is done, if done correctly, it would boot with the BIOS Screen.

The following is the system requirement for the game as per the official website of Electronic Arts (The game developers).

Video: How to Download Sims 4 Mobile on iOS Android

Once all the above-mentioned steps are done, you would require windows OS using the bootable pen drive. After windows is installed, you can go ahead and install Sims 4 on the Chromebook like any other device as the OS has been replaced by the windows OS for which the game was created.

You might face some issues while running the game as the Chromebook hardware is created for a budget-friendly pocket, and the performance capabilities of these systems are very restricted in terms of hardware. I have provided the minimum and recommended system requirements for the game at the bottom, please do make sure that you go through them to see whether your Chromebook would be able to handle the game smoothly or not.

I hope the steps help you out, and you have a good time playing the game.

How To Allocate More RAM To A Game Windows 10?

How To Switch To HDMI On Laptop Windows 10?

How To Get iMessage On Windows?