Home
News
What To Know Before Starting A Gofundme

Every day, people are starting GoFundMe campaigns to raise money for all kinds of things. From medical bills to volunteer trips abroad, it’s easier than ever to get the financial support you need to do what you love. Even so, there are some important things every creator should consider before they start their campaign. Here are a few tips to keep in mind as you begin your campaign:

Start a GoFundMe with a clear goal and deadline

Even if it’s something like “Help our family raise money for my sister’s college tuition.” It might seem like having no end date would help you fundraise over the long haul, but we’ve found that people actually tend to donate more when they know exactly how much time they have left to contribute. That’s why, for instance, it’s usually a good idea to fundraise against a specific dollar amount.

Don’t create a fundraiser just because you can

Before you set out to start a GoFundMe, ask yourself whether or not the reason you’re asking people for money is legitimate. Is there something you really need help with? Or are you simply trying to convince someone else to buy you something? If it’s the latter, find another way to make your dream happen. Don’t start a campaign unless there’s a solid reason beyond “I want this thing.”

Get full control of your story before sharing your campaign link

Before launching your page, make sure that every piece of information from the header photo down is exactly how you want it. Once your campaign goes live, you won’t be able to edit this information without starting a new page altogether. If you don’t have time to create a photo right now, at least make sure the privacy settings are exactly how you want them before sharing the link with anyone else.

Give people an inside look into what’s happening by posting regular updates about your campaign on social media (and don’t forget to pin one of these updates as pinned posts!). You can also send messages to people who donate or share your campaign once it’s finished, which is helpful if they’ve opted in for more information from you after donating.

Find ways for people to help if they can’t donate

It’s not uncommon for someone to see a fundraiser and feel moved by the cause but not be able to donate. If you’re setting up a campaign on behalf of another person who needs help, let people know what they can do to support the campaign even if they don’t have money to contribute. You can also reassure them that you’ll keep them in mind as other opportunities arise.

People are always wary of GoFundMe scams. Just remember that anything you share on your campaign page will live on the internet forever. If you make false promises or offer up fake stories about how you need money, people who donated to you will be able to see right through it and will probably call you out on it.

Don’t ask for something after your goal is reached

Once your goal is met, it’s fine to thank donors for whatever amount they contributed. But asking them for more money isn’t an easy way to follow up — especially if you haven’t told everyone about this secondary fundraising effort in advance! Think ahead about how much time you want between hitting your original goal and your next ask.

Your story doesn’t end when the campaign is successfully funded

A successful GoFundMe campaign raises awareness about an issue or cause, but it’s also a chance to make a long-term impact in someone’s life. After your fundraiser ends, you’ll want to continue following up with donors and making sure they know how their money was used (in full and on time), if possible. When you’re tempted to slip back into old habits after a big goal has been met, remember that the work only gets harder from here! Keep going for as long as you can.

Starting a GoFundMe is not without its challenges. But the good news is that it’s also an incredibly effective way to get help when you need it. Just keep in mind that there are some things you can (and should) do before you start your campaign. Hopefully, the things you learn will help you raise even more money than you imagined. 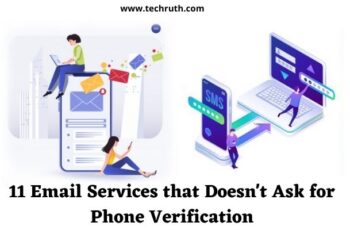 Now, people want to keep everything secret and in privacy. …

What Is OEM Unlock and why do you need to …