Bonjour is considered one of the greatest innovations by Apple. It allows a zero-configuration network in between the iOS as well as non-iOS devices. It contains a group of technologies that includes address assignments, service discovery, and hostname resolutions. Bonjour lets the devices locate other devices like printers, other computers, and the services some offer on the local network using a multicast domain name system.

Bonjour comes built-in with Apple devices like Mac OS and IOS operating systems. But this software also allows other users like Microsoft Windows and Linux to install it. The components of this software are also included with other software like iTunes and safari.

Bonjour was first introduced in 2002 on Mac OS X 10.2 as RENDEZVOUS. But later, it was renamed as Bonjour in 2005 with certain out-of-court trademark dispute settlement.

If you are the one who is in an environment where Apple devices such as MacBook or iPhone are not in use, or you mostly don’t like or need to use them, then you need not download Bonjour. However, if you have a windows PC together with an iPhone or an Apple TV, or other Mac devices, then downloading Bonjour on it will benefit you for interconnection between the devices.

There are a lot of cases where applications such as safari or iTunes will automatically let the Bonjour service get downloaded on your computer using Wi-Fi networks. It also provides you The choice of switching it off to stop it from working in the background on your Windows computer.

How to install Bonjour on Windows

Below are some of the steps you need to consider while downloading Bonjour on your windows computer.

The easiest way of getting Bonjour is downloading it using an iTunes installer first. The reason behind this is that it does not have a standalone installer that a user can download alone.

Scroll down and search for looking for other versions? And then click on windows.

After this, scroll up, and a new button will appear, which will let you download iTunes manually without using the Microsoft store.

Here, you have to choose either to download the 64-bit or 32-bit version according to your operating system preferences.

After the downloading gets completed, search for iTunes64setup.exe Or iTunes32setup.exe

As soon as you get the file, copy them and put them into a new and empty folder on your computer

Now click on the setup and expect them to use WinRAR or another installer.

After the extraction is completed, click on Bonjour64.exe or Bonjour32.exe, depending on the version you have downloaded.

Here, you have to follow the instructions that appear on your screen to completely install the Bonjour on your windows.

Now, it is optional to delete all the iTunes installer files that you downloaded earlier.

Question: What is the meaning of Bonjour on my computer? Do I need it?

Answer: Bonjour is software that Apple overlooks, also named mDNSRwaponder.exe. It includes a group of technologies, including address assessment, hostname resolution and resolution, and service discovery. It will let you make a network connection between different devices simpler and easier and easier and lets you share and connect to the devices.

Question: What program does Bonjour use?

Question: Is it safe to uninstall Bonjour from your device?

So here we have come to an end. We have provided complete information about Bonjour service that it is nothing but software that allows you to make a connection between different devices, whether IOS or non-IOS. But still, if you have any query then do let us know as our team of experts is always here to help you out. If you loved the content and information, then stay tuned with us.

How to open camera on Laptop with Windows 7?

Is It Possible To Recover Permanently Deleted Files & Folders? 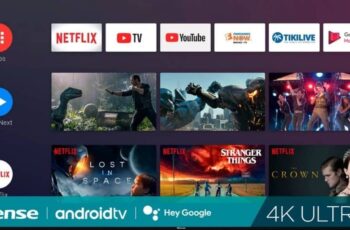 One of China’s largest manufacturers of electronic and high-end products. …

Spotify is considered the best audio and media streaming service …