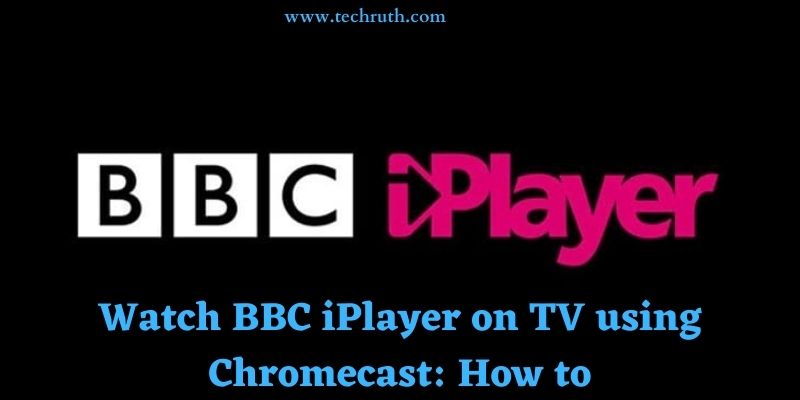 Let’s start a new topic as per your query, which is how to watch BBC iPlayer on TV using Chromecast. If you want to watch it in a comfortable way, and also you are searching for a solution to this. Then here we will provide the simple details related to this topic.

In today’s world, streaming apps have displaced traditional television viewing in a large percentage of households.

The majority of consumers appear to prefer streaming services because they allow you to watch your favourite TV show or movie whenever you want and from the comfort of your own home.

Many people, like myself, rely on BBC iPlayer to catch up on TV series and other content because it eliminates the need to forgo sleep or work while waiting for the show to appear on television.

The one drawback I’ve found with BBC iPlayer is that you can’t put it on your TV to watch movies and TV series on a larger screen.

After scouring various online pages, I’ve discovered a solution that will allow you to stream BBC iPlayer programming on your TV using Google Chromecast.

Through this blog, I’ve decided to provide a guide on how to watch BBC iPlayer on Tv using Chromecast with my readers.

How to Watch BBC iPlayer on TV using Chromecast?

According to the sources, the BBC is still working on producing a native iPlayer app for Android TV. Until then, you can use the screen mirroring method described below to view all BBC iPlayer material on your television.

With a Google Chromecast device, you can watch BBC iPlayer material on your TV using your Android or desktop device. Make certain you follow all of the processes outlined in the instructions below.

The steps to cast your favourite content to the TV are as follows:

Connect your Chromecast-enabled TV to a WiFi network and turn it on.

To establish a connection, connect your smartphone to the same WiFi network.

On your Android or iPhone, download the BBC iPlayer app.

The cast icon is now visible in the top right corner. Select the Cast option.

From the list of options, select your Chromecast device.

Begin playing the content you want to see on the television.

The video should be playing on your TV after a successful connection.

Read: How To Chromecast Steam Game from iPhone, Android, & PC?

The Chrome browser can also be used to cast BBC iPlayer content.

Check whether your Chromecast is linked to a WiFi network by connecting it to the TV.

Now join the same WiFi network with your PC.

Go to https://www.bbc.co.uk/iplayer through the Google Chrome web browser.

Right-click the tab and select Cast from the menu.

Choose your Chromecast device from the list of possible devices.

To see the material on the TV, start playing your video.

The Cast feature is currently only available in the Android and iOS apps. That will cover a large number of smartphone users, and Chromecast allows you to utilize any device you have on hand.

You may have an Android and your partner may have an iPhone, but it makes no difference because you both have the same controls.

In the future, the BBC will support desktop browsers as well, including Windows, Mac, Linux, and Chrome OS. There is no set date, but it is expected to happen shortly.

Note that Kindle Fire devices are not supported.

Read: How To Setup Google Chromecast For Safari?

What is the quality of BBC iPlayer on Chromecast?

Play begins at 1500kbps and gradually increases or decreases depending on how well the stream is received. This means that play should begin immediately, but in most cases, the quality will be increased to 1280 x 720 for the optimal viewing experience.

If the stream isn’t moving as fast as it should be for whatever reason, it will automatically switch to a lower level in order to keep you viewing.

This is the identical strategy used by Netflix, and everything has gone well while we’ve been watching BBC iPlayer.

Q:- What about using Chromecast to listen to BBC Radio?

Ans:- Audio-only streaming is not currently supported, but it will be in the future.

Ans:- Although the BBC Sport app does not now support Chromecast, this is something that will be added in the future. Let’s hope that happens in time for the World Cup.

Q:- Can I cast downloaded content to my TV using Chromecast?

Ans:- Chromecast is only possible when both devices are linked to the same WiFi network. If the content is available on BBC iPlayer, you can download it and start casting it from within the app.

Q:- Is it possible to Chromecast subtitles?

Ans:- Subtitles are supported by Chromecast, but only in black and white.

Q:- Is it possible to utilize subtitles while casting?

Ans:- Chromecast supports subtitles, however, they are presently only available in black and white.

Hope you enjoy these above-mentioned details that are based on how to watch BBC iPlayer on TV using Chromecast, and also complete this process in a simple way. When my family and I have to watch a movie or a TV show on TV, we have always used the procedures stated above.

Of course, you won’t get the BBC interface on your TV, but you will be able to use screencasting to watch material on it.

If you have any problems with the preceding steps, please let me know in the comments. We assure you that, we will provide the best solution as soon as possible.

How To Setup Google Chromecast For Safari?