Home
Internet
Unique Circumstances That Require The Use of a VPN

When people normally talk about how useful virtual private networks are, they mention privacy and security. But what exactly is a VPN? VPN services are mainly known for protecting people’s privacy and making their connections more secure through encryption. But those aren’t the only useful things VPNs can do – the benefits of using a VPN far outstretch personal or business security.

Read on to see 7 unique ways to use a VPN that go beyond privacy and can be incredibly beneficial to anyone.

7 Unique Ways To Use Of  A VPN

Some online retailers target their audience differently depending on their location, for example through regional sales on their local websites. Many also use dynamic pricing to change the price on items depending on a visitor’s location and other details. Those who use VPNs overcome this issue by choosing which location they want retailers to think they’re visiting from.

While there are more benefits to using a VPN when shopping online, security is also worth mentioning here. Hackers have multiple ways of stealing people’s data and credit card information when they’re making a purchase online. Since VPNs encrypt the connection and prevent others from hijacking it, they make the process that much safer.

Read: How To Shop Online Safely?

#2. Get Cheaper Rates When Booking a Trip

As mentioned above, dynamic pricing is a popular technique to charge certain people more, and no one is more guilty of this than airlines. The concept of dynamic pricing is based on demand and people’s digital footprints. For example, if someone’s browsing history makes it look like they can afford to/or willing to pay more, retailers will charge more.

VPNs do away with dynamic pricing because they hide people’s identities. Retailers won’t be able to glean anything about someone based on their IP address except their location. And since people can change their location with a VPN, that problem is solved too.

A lot of apps and websites base their services according to geographical lines. For example, Netflix offers different content libraries to every country it operates in, thanks to licensing agreements. So if someone from the US were to travel to Thailand, they would suddenly find themselves unable to access their account and library. Unless they have a VPN they can change their location to the US by choosing a server located in that country.

#4. Stream Without Getting Throttled

Thanks to the FCC’s bid to relax internet laws, many ISPs have started throttling their users based on what they’re doing online. Some have even been doing this for a long time.

Bandwidth throttling is when an ISP deliberately slows down the connection of a network. Most have automatic systems in place to do this when people are streaming or downloading content. Anything that can potentially take a lot of bandwidth.

Some countries have their own national streaming services that provide content for free. For example, the UK has BBC iPlayer. Most of the time, these services are only available to the people in their country of origin, if they watch the content locally. However, thanks to VPNs’ ability to change people’s IP addresses, they can watch like a local from anywhere in the world too.

#6. Torrent Without Being Eavesdropped Upon

Torrenting has both major proponents and opponents. One of the problems with downloading torrents is that everyone’s IP addresses are visible. Even the services that do have some privacy measures do a poor job of preventing identity leaks.

This makes it incredibly easy for people to watch lists by government agencies or get warnings from their ISP. Even if they’re not doing anything illegal. There’s also plenty of malicious people using torrents to identify people and harass them online or offline.

Torrenting with a VPN is just safer overall as it hides your IP address from other users.

Ping is an incredibly important aspect when playing multiplayer games online. While VPNs have a reputation for slowing connections down, they can help improve in-game ping. This is because VPNs tend to take the most direct route to game servers. Whereas ISPs, on the other hand, often route their traffic packets in a way that’s most convenient for them and the majority of their users.

VPN services provide many benefits to their users, but it’s important to pick the right one. Everyone who’s looking at getting a VPN should shop around first and see which one fits their needs and budget. Never go for the free ones, as a rule, because they tend to be untrustworthy and slow. 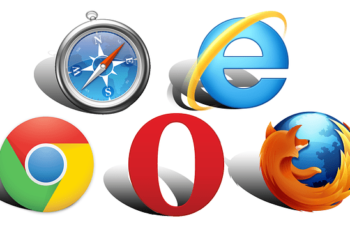 Hundreds of browsers available on the internet for PC and …

Are you confused between VGA or HDMI? Do you want …