What is Samsung TV Plus, and how does it work? You may be wondering what this free (yes, free) content service is all about if you’ve just purchased a new Samsung TV, are seriously considering it, or haven’t gotten around to exploring every nook and cranny on your smart TV interface.

Samsung TV Plus is a free content platform that provides a specific mix of TV channels based on your location (the US gets 115, for instance, while those in the UK get a more modest 49). That means you can start watching on-demand programming right after buying a new TV without having to pay for a Netflix or Disney Plus subscription.

If you’ve seen Samsung TV Plus before and thought it didn’t have anything to offer, that might have changed in the last few months. Since last year, there are now over twice as many TV channels (518) and twice as many Samsung TVs that support the app.

Samsung TV Plus is a video service from the South Korean business that lets users stream cable TV channels over the internet instead of using a cable link or a set-top box. Samsung extended the service to 12 new regions late last year, in addition to the launch regions of the United States and Canada, and opened it up to Galaxy smartphones and Samsung Smart TVs. Samsung is now launching the Samsung TV Plus service in India, which will enable users to watch free TV channels over the internet.

You don’t need a cable link or a set-top box for this service, and you don’t need another subscription because it’s delivered over the internet. For the time being, the service provides links to 27 global and regional networks, but the company hopes that more partners will be added shortly.

Where can I get the Samsung TV Plus app?

After doubling the number of regions in early 2021, Samsung TV Plus is now available in a total of 23 countries around the world. That means it’s now available in the United States, Canada, the United Kingdom, Germany, Austria, Switzerland, France, Spain, Italy, Thailand, and Korea, as well as recent additions of Australia, Belgium, Brazil, Denmark, Finland, India, Luxembourg, Mexico, the Netherlands, Norway, Portugal, and Sweden.

You won’t be able to watch Samsung TV Plus if your area isn’t on the list. Sorry for the inconvenience! Given the service’s steady expansion, we may expect new territories to be added in the coming years – and Samsung has confirmed that the service will be available in more European countries in 2021.

Turn on the television and look for the Samsung TV Plus icon on the home screen – it should be on the far left, in a fixed spot rather than mixed in with the third-party applications.

Let’s get right to the point.

Read: How To Get YouTube on the LG Smart TV

Which TVs are compatible with Samsung TV Plus?

The specific Samsung TV models that support Samsung TV Plus will differ by country, but you can expect it to appear on new and recent models.

Samsung says that all 2016-2020 smart TVs in the US, Europe, and Thailand will support the service, while Samsung TVs made after 2017 will be able to use it in Canada. However, in Samsung’s home country of Korea, TVs as old as 2013 are compatible with the service.

New models for 2020, such as the Q950TS or Q80T QLED, will also have dedicated Samsung TV Plus buttons on the TV remote – at least in the United States and Canada.

What do you watch on Samsung TV Plus channels?

Via Samsung TV Plus, you can access over 500 TV channels from around the world, but you’ll only get a fraction of that total in each region:

A variety of news, sports, and entertainment channels are available in each territory. CBSN, USA Today, fubo Sports Network, BelN Sports, IGN, Anime All Day, Comedy Dynamics, Kitchen Nightmares, Docurama, Wipeout, Tastemade, and Toon Goggles are among the channels available in the United States. There are also several movie and music outlets.

None of these are likely to be essential viewing – at least not in the same way that the best Netflix shows and Disney Plus movies are – but they’ll keep you entertained.

Hover over the TV Plus app and select Channel List > Edit Channels > Delete to exclude TV channels you don’t like and prevent them from appearing in the Recommended section. 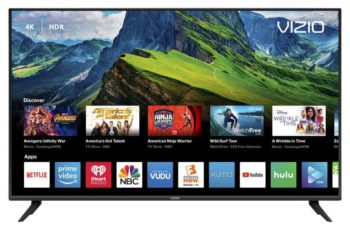 Vizio Inc. Is an American publicly trading company. This company … 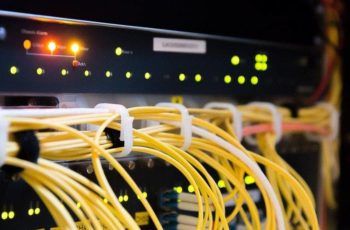 A USB to Ethernet adapter is essentially a device that …