Home
Tech
PHP Vs Node.JS – Which Is Better & Why?

PHP will stay on the servers and the job market for a very long time, but it is frequently advised to the developers to use their learning time for Node.js – or to learn something clever instead of programming. A modern developer masters the ‘full-stack’ instead of concentrating on the backend or frontend. That means he has everything under control, from the database model to the user interface. With Node.js it is no longer a problem to master all parts of an application well, the programming language is JavaScript, and code – if implemented sensibly – can be used simultaneously on the server and client.

Although, the classic in the implementation of web applications is still PHP. Be it an experienced programmer or a beginner. Many rely on this technology. On the other hand, there is a new miracle programming drug known as Node.JS. In the article some information about both technologies is provided and that when which could be better is discussed. 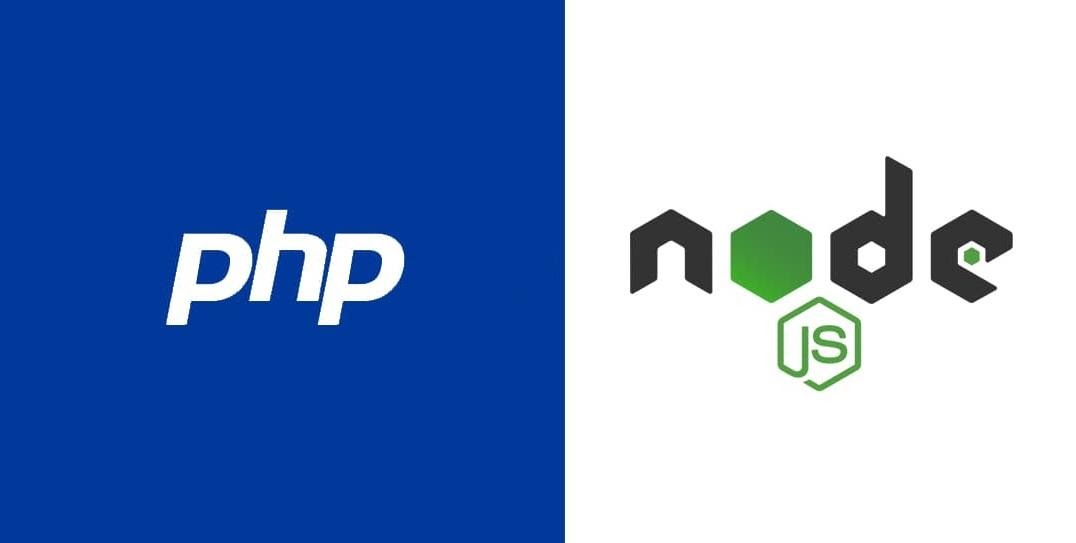 PHP, which first stood for “Personal Home Page” and then later for “Hypertext Preprocessor”, has been used for several decades to implement web applications of all sizes. It was considered the entry into professional web development. Be it websites, portals, or web applications, PHP was there.

However, because it was developed many years ago, the modern requirements for such online systems were not taken into account. Anyway, you couldn’t have known that in a few years almost everyone on earth would be using the Internet and expect a very good performance.

At the time of PHP’s emergence, slow loading websites that are accessed by a few hundred users were sufficient. Nowadays, however, one expects lightning-fast applications and at the same time, it can be used by thousands of people per minute.

To solve this challenge, Ryan Dahl created Node.JS. This should also enable web requests to be processed quickly on the server, even outside the browser. This should allow tens of thousands of queries at the same time.

When Should You Use the PHP or Hypertext Preprocessor?

Short Answer: You can and should use PHP for almost anything. Even today.

In reality, it also looks like that most requirements can be implemented with this approach. Most systems will receive a maximum of several hundred inquiries (for example every hour) via the Internet. That probably applies to 95 percent of the applications on the Internet.

Modern frameworks like Laravel also make it easier and faster to create such programming. Symfony and Zend should also be mentioned. Two more exciting frameworks.

Junior developers and senior architects in PHP are very easy to find. Also internationally. Teams are increasingly working together globally. This means that you can also benefit from developer pools outside your home region.

Answers to the most complex questions and use cases can also be found online in forums and other platforms. This is especially important for developers who don’t want to reinvent the wheel.

It feels like the technology has been tested, checked, and successfully used several million times. There is an almost infinite number of companies that have built web platforms based on PHP. Be it CRM (Custo /0.mer Relationship Management) systems, content management systems, shop systems, online portals, or software solutions. All of this has already been implemented and small to large companies have emerged around it.

PHP has a huge code base for all kinds of solutions from content management systems to powerful frameworks such as Laravel, Symfony. For example, using WordPress, you can start your blog in minutes.

PHP is fairly platform-independent that it can run on almost any server and any platform.

At the same time, there is a wide selection of hosting services that support PHP, and you do not need to rent a full server with SSH access to run your project, unlike Node.js. From this, it follows that the integration of PHP projects and their deployment is somewhat easier for small companies or for individuals who can run and manage their applications without knowledge of console commands, Linux systems.

PHP is not very good at implementing the MVC pattern that is recommended in web development. Very often you can find a mix of HTML and PHP, which translates into not very beautiful and difficult to maintain code, where business logic is mixed with presentation

PHP follows the classic client-server model where a page request initiates an application, a database connection, their processing, and HTML rendering. This makes PHP somewhat slower compared to Node.js applications that are initiated at startup, and therefore Node is more suitable for writing real-time applications. it’s worth noting that this PHP flaw can be circumvented with Memcached, but this creates an additional dependency for your application

One of the distinguishing features of Node.js is the JavaScript-based event-driven architecture. In server operation, this has the advantage of using less main memory than other architectures. A brief comparison between PHP and Node.js should clarify this advantage:

Node.js counteracts an event-based, single-threaded approach. This means that several thousand inquiries can be processed in parallel via one connection. For this, individual requests mustn’t block the connection while you are waiting for a response from the server. This architecture results in significantly faster communication between client and server compared to the conventional approach.

Node.js allows using JavaScript event queue to create applications with non-blocking I / O that can handle multiple requests at the same time. By leveraging JavaScript’s built-in asynchrony, you can create highly scalable server applications that maximize the use of a single computer’s CPU and memory while processing more requests at the same time than conventional multithreaded servers. This functionality makes Node.js a great choice for real-time applications and those that require a lot of I/O.

Many popular JS frameworks like React or Vue are written in JavaScript, which is the main language of all modern browsers. By using Node.js on the server, you get all the benefits of a scripting language on both platforms. Having the same front-end and back-end language is very good for providing support for your application and coordination between your team members.

Node.js has no hard and fast rules or dependencies, which leaves room for creativity and creativity when developing applications. The developers themselves choose the architecture, dependencies.

The event-driven architecture of Node.js has some limitations, namely low efficiency under heavy CPU load. Although Node does a good job of concurrently handling a lot of requests, it still does a poor job at such operations as graphics generation, image processing. Fortunately, there is a workaround where you can perform these operations one at a time or in a separate process.

Along with stable standard libraries such as HTTP or Crypto, there are many third-party libraries available. This eco-system has not yet been sufficiently faked, and unfortunately, we have to depend on not very well-tested modules.

Why Is PHP Still Ahead of the Game?

From a purely technical point of view, there are few reasons to prefer the slower PHP to a solution based on Node.js. But sometimes it’s not just technical perfection, but also experience and habit that count.

The PHP developers recognized the potential that the new development platform offered very quickly and reacted on their part. The WebSocket protocol has advanced so far that it has been supported by NGINX Server since 2011. Event loops, callbacks, and non-blocking inputs and outputs (non-blocking I/Os) are successful attempts to significantly improve the performance of PHP-supported platforms and to equalize the speed advantage of Node.js.

After all, PHP has an extensive ecosystem and an extremely active developer community, whose experience continues to help improve PHP. The package manager “composer” is a prime example. Since April 13, 2012, to date (as of May 29, 2017), almost 141,357 packages in a total of 858,038 versions have been published and 4,756,038,183 have been installed in various projects.

When Should You Choose the JavaScript Approach?

If PHP is that great, when should you use Node.js? There are a few specific scenarios where Node has its advantages. Here are some of them:

Trello, Netflix, UBER, PayPal. These are some of the big names that are using Node.js. One thing is striking about all of them. Everywhere thousands and hundreds of thousands of users have to be served at the same time.

Due to its architecture, Node.js manages to cope with these large numbers of users. According to Netflix, the use of Node.js has managed to improve the loading times of the application by 70 percent. Uber uses it because “it can process large amounts of data quickly and reliably”.

According to the developers of LinkedIn, the mobile app runs on the client-side (what the user sees), two to ten times faster than with the technology previously used. You can also use “JavaScript Everywhere”. The “MEAN” technology stack is used, which stands for “MongoDB (database, JavaScript-based), Express.js, Angular.js (frontend), Node.js (server)”. On the one hand, this makes development easier and, on the other hand, the different areas (frontend, backend, etc.) communicate more quickly with one another.

Startups are trying a lot of things and it should be scalable. Node.js is ideal here.

Beginners in particular, but also professionals, quickly get into raptures when it comes to new technologies. Node.js in particular is such an approach, which is very well received. However, there are some requirements for using this technology.

Unlike PHP, Node is not yet “Fully Tried & Tested”; as all its advantages and disadvantages are not yet known. Besides, Node.js is constantly changing. Because it only came onto the market a few years ago, there are always changes to technology. You can only withstand this if you have a development team yourself that constantly makes these changes.

Sometimes the entire application has to be rewritten if the changes are so large. This is of course possible in well-financed startups or large companies that work innovatively.

In conservative ventures, to which most of them belong, this is rather less popular. “Once programmed, the whole thing should stay that way for a while,” is usually the way of thinking. PHP is the right approach here.

There are not many who can call themselves specialists in Node.js. Most only have a year or two of experience, if any. Understandable, the technology hasn’t been around that long. This leads to a wide variety of challenges:

Conclusion – Which Is Better? PHP or Node.js?

With Node.js, a JavaScript-based development tool has been preparing to overtake PHP since 2009. The software platform developed by Ryan Dahl offers some decisive advantages for the development of server-side web applications. The performance advantages resulting from event-based communication were offset by the development of event loops and callbacks in ReactPHP so that the majority of the developer community continues to prefer PHP. Nonetheless, there are some very well-known and powerful web-based services that Node.js use successfully.

In most cases implementation in PHP is sufficient. Especially when only one or two programmers are involved. If you develop very quickly, have larger teams, are well-financed, are willing to experiment, and need extremely fast applications, then Node.js is the better approach.

You can certainly use Node.js in smaller teams. But then you should pay attention to the points from this article. You then have to give the developer enough time to develop the whole thing and in some cases, he has to get used to it again. 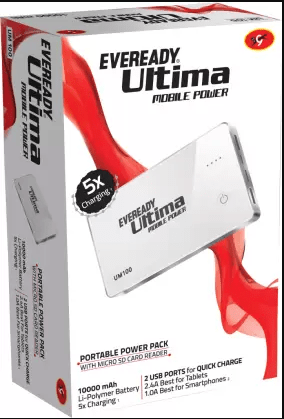 Eveready Ultima power bank is creating buzz all around. This … 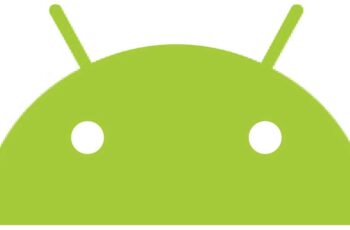 Com.android. server.telecom, also known as android telecom, is responsible for …