Home
Apps
Online Solitaire: A Card Game That Is Taking the World by Storm

The availability of a variety of cheap internet plans and affordable smartphones has widened the horizons of entertainment for people. The world of card gaming has hugely benefited from this since most of the games that were once traditionally played with physical cards can now be played on PCs and smartphones. One of the newest card games that have been making a mark in the virtual world is free online solitaire.

The game has recently emerged as one of the most sought-after forms of entertainment. Easy, innovative, and effortless, solitaire has become one of the favorite online games for people across the country, with an increasing number of players flocking to online solitaire platforms to fulfill their entertainment needs.

When and where did solitaire originate?

Playing solitaire with a deck of playing cards places us in a fine tradition with a long history. It is assumed that the game originated in Germany somewhere in the late 18th century, but rose to popularity in France in the early 19th century. It is these French roots from which the game gets its alternative name patience, along with other common solitaire terms like “tableau.” After France, the game spread to English-speaking countries, and eventually solitaire became a popular international phenomenon that people enjoyed around the world.

There are a lot of variants of solitaire in existence, and each one of them has unique gameplay. However, the basics of the game remain the same for all of them. The game begins with laying out cards on a tableau or layout, with the goal of moving the cards to the foundation piles, where you build up each suit in sequence in ascending order: A, 2, 3, 4, 5, 6, 7, 8, 9, 10, J, Q and K. This is achieved by turning up undealt cards in the stockpile and by transferring cards within the tableau columns that match in value, suit or color. However, there are more rules that make up the game, which one needs to understand to play the game. For a better understanding of the entire gameplay, it’s recommended that you take a look at game tutorials and detailed guides available online before playing the game.

Where can I play solitaire online?

There are various platforms that offer the game of solitaire online. Solitaire Gold is one of the most trusted solitaire platforms that give you plenty of options to play the game online. It offers its players exclusive bonuses and benefits, including a welcome bonus and referral bonuses. It also has comprehensive game tutorials and guides for all those players who are looking to learn the game from scratch. To play the game on their smartphones, players can go for a solitaire game download and play the game anywhere anytime.

What type of solitaire games can I play?

Although every app/website offers different variants of the game, the most common type of games found is practice and cash games, and tournaments. Platforms like Solitaire Gold offer head-to-head contests and leagues/tournaments.

In head-to-head games, players get a chance to test their solitaire skills by competing against real players from across the country. In this mode, two players compete and the player who finishes the game in the fewest moves and the least amount of time wins the game. Trusted apps like Solitaire Gold also ensure that absolute fairness is ensured while players are playing on their website or app. Its Fair Play Policy provides both the players exactly the same set of cards so that they get an equal opportunity to win the game.

To take the level of competition a notch higher, there is another variant called leagues that organizes games in the form of multiplayer competition or tournaments. Players get a chance to play with multiple players, including amateurs to experts, from across the country simultaneously. Leagues are an ideal platform for solitaire players who are looking for a bigger challenge and want to learn the strategies adopted by refined players online.

Is it safe to play solitaire online?

It is absolutely safe to play solitaire online as long as you choose to play on the right platform. Certified websites and apps have platform-wide encryption, which ensures all the information shared by players remains fully confidential. They have a foolproof security system that helps avoid any data tampering or leakage and safeguards all online transactions, making it a 100% safe and secure experience.

It is evident that Solitaire is a game that can be easily played for entertainment and also can play solitaire for real money. With thousands of people already downloading the game onto their smartphones, it sure is going to emerge as one of the most popular games in the online world soon.

Howzat: Play on the Most Happening Fantasy Cricket App

How To Get Game Pigeon On Android?

The scale and demand for visuals have increased a lot … 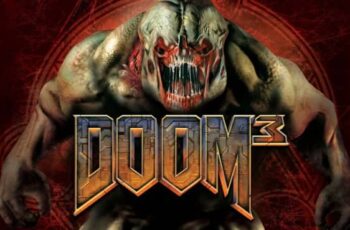 Here we are with our complete list for Doom 3: …