We came across too many companies like Samsung, Apple, LG, Oppo, Vivo, etc. But among these Apple is considered to be the best. This is because of its huge fan base and users. One can create its own Apple ecosystem by having some devices of Apple.

All the devices of Apple, its smartphone is considered to be the best. But the only problem that its user faces is its battery. Since Apple devices provide you the best optimization and performance so they lag in their batteries. And to solve this problem one can charge them.

Something more to know:-

A decade ago we can see the phones which do not require charging for about weeks. This is because of the reason that earlier we don’t have such advanced apps like Facebook or other advanced games which require used batteries. But today we feel lucky our self if we get our phone to be switched on for about two days without charging.

So, the two biggest reasons because it is considered bad to leave your iPhone on charging overnight are:

#1. Lithium-ion battery gets heat up.

This is one of the biggest problems that we face and can be noticed by many of the people while charging their iPhones. Some peoples know that lithium-ion batteries are reliable but lithium is a very reactive material.

So, overcharging make the lithium to react at a very fast rate which may release a used amount of heat. Sometimes the situation arises that the battery could catch fire. We have heard too many incidents of the iPhone catching fire due to overheating. So, this could be the reason to avoid charging your iPhone overnight.

So, if you want to get yourself protected and your phone to then you should not charge your iPhone is overnight. If you are doing so then you are inviting unnecessary issues for your own self only. Hence, if you do not want to be in the trouble of such an issue then try avoiding overcharging and overnight charging of your device.

We have so many proves available that the capacity of every phone’s battery will diminish after 500 to 1000 charging cycles. The phone completes it when charging a cycle when it reaches 100% of its battery.

Many Apple experts have said that “the iPhone battery could last up to 500 cycles before its capacity start to fall” Not only this but the battery ages with time on its own. It’s great for most of us to see your phone at 100% charged when you wake up. However, a normal phone requires only two hours to get to 100% of it.

So, here the question comes that what the charger will do for the time other than two hours. We all know that smartphones continuously drain battery with the time that it is in use or not. This is because its setting processes work continuously in the background too. So, to make it charge the charger with continuously tickle charge your battery which theory depletes the number of cycles your battery has at full capacity.

Thus, here comes the conclusion that what should we do to protect the battery from aging and depletion. Many experts have said that one should keep their iPhones charge between 40% to 80%. This is considered as the optimal charging level for the iPhone which may not deplete the battery life for a long time. And due to this reason, thanks to the apples iOS 13 which takes care of it.

The iPhone containing the iOS 13 will stop charging when it reaches 80% after this the charger will still be plugged in but not charging. Thus, we can conclude it to be the best step taken by Apple to provide its customers with the best and also let them save their hard-earned money which they need to spend on battery again and again.

Whether you are an iPhone user or any android user it is important for you to understand that do not get for overnight charging and overcharging because both of them are contributing to less life expectancy of your phone.

Let’s mark the end of this informative read and let us know about your opinion for the same. If there is something you wish to know then do let us know in the comment section below. Also if you have something else to mention about it, your opinion is welcomed by us.

Top Instagram Reposting Apps for Both Android and iOS

When anyone lists an item for sale on eBay, they … 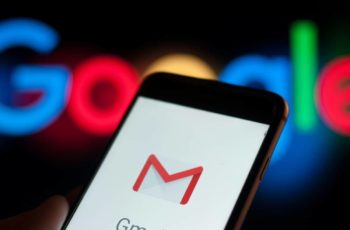 Gmail is becoming a one-stop destination for all users when …