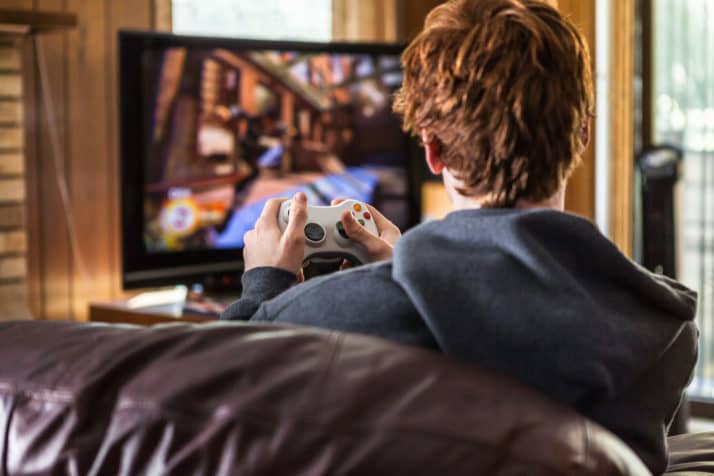 Streaming console games is quite a dilemma for some gamers. It’s always fun and enjoyable to play console games but streaming them on twitch involves some hassles. Especially with multiplayer games where you should include the audio from your fellow gamers.

When you are playing multiplayer games on Xbox, you can easily go for Xbox party chat for communication throughout the game. This basically lets you communicate with the people playing with you. But the real problem is streaming the game with the comms included in the stream. Without the comms, your audience will be clueless about the whole stream and gameplay. You can’t obviously narrate the whole thing while you play the game.

That’s why we come here with the solution to this problem. Here you get to know all about Xbox party chat and how you can include the Xbox party chat on twitch stream easily. Let’s get right into that.

What is Xbox Party Chat?

If you have no idea about the Xbox party chat then here is some info for you.

Starting up a party chat and joining one is really easy. What makes things better is that the app is official. So, you don’t need to go through any third-party integration or anything. You can just download the app and start a party chat. Due to that, it works really well and the performance quality is top-notch.

To start a party chat simply go to your Xbox guide button. There you will get the multiplayer tab on your screen. You will see a button saying start a party. Click on it and you will create a party. The one who creates the party is the host and has control over all the basic settings of the chat. Then you can invite your fellow players using their Xbox Gamertag. Or you can just send them the link so they can join it.

You just have to go to the Xbox guide button. Then press the navigation button on the top left of the screen. There you will see the multiplayer section. As you get into the multiplayer section you will see an option called start a party. Then you can invite other players to join the party using their Gamertags or id’s on Xbox. That’s it you are all set for Xbox party chat.

You also get various options available here. Such as privacy in the party chat. You can either open a public lobby where anyone can join. Or you can have a private lobby for few selected people. That’s completely up to you.

Then there are options like overlay. This option pops up a little overlay of the person who is currently talking. It really helps in-game to make strategies and figure out solutions. Also, it’s helpful when there are people with a similar kind of voice playing in the same lobby.

All in all, Xbox party is the solution for your communication problem in multiplayer games on Xbox.

How To Stream Xbox Party On Twitch?

Now let’s get to the fact, how you can stream Xbox party on twitch. It’s really simple. You can do it in two different ways. You can either stream your game using OBS on your PC. Or you can stream directly through your Xbox. These are your personal preferences. We will be discussing both the scenarios here.

When you are streaming an interactive multiplayer game it’s really important to stream the communication among teammates as well. Otherwise, your audience will be clueless and eventually leave the stream at some point. Or they have to run back and forth to the other channels assuming they are also streaming.

So, how do you stream the party chat on twitch? The process is really easy. It just involves some basic settings you will need to go through.

This is a necessary step whether you are streaming through OBS or directly. Now let’s get to know how to stream through OBS and through the twitch app directly. We won’t go through which option is better because that’s a completely different topic.

Read: How To Become a Famous Actor In BitLife

How to Stream through OBS?

Setup your twitch streaming account on the OBS. And then allow the monitor capture option. Make sure you have selected the Xbox app on your windows to stream on your channel. That’s how you can stream your Xbox games on twitch with OBS on your PC.

But there is another way to stream your Xbox games on twitch along with the party chat. Let’s get through that.

How to Stream through the Twitch app on Xbox?

If you are streaming directly with your Xbox you just need the twitch app downloaded on Xbox. Then follow these steps.

Go on the twitch app and get to the section called broadcast. There you will get options for setting party chat and the volume levels. Adjust them accordingly and check the box of the party chat.

That’s it. This way you can easily broadcast party chat on your twitch stream. And your viewers will be able to hear the other players you are playing with.

Now there are some bindings here. When you are broadcasting Xbox party chat on twitch you will need permission from the other members of the chat. Your audience will hear only those members who have allowed their audios to be heard on stream. If someone declines the option to broadcast their audio your audience won’t be able to hear them.

This is the whole process of streaming party chat on twitch. It’s a must for the Xbox gamers who play multiplayer games with their party.

We tried to give you all the information involved with the Xbox party on twitch. We kept it detailed so you can follow along very easily. Also, we made sure to tell you why you are doing things and why is it necessary. Hope this will be helpful for you and you can enjoy streaming those multiplayer games on your Xbox. That’s it from us.