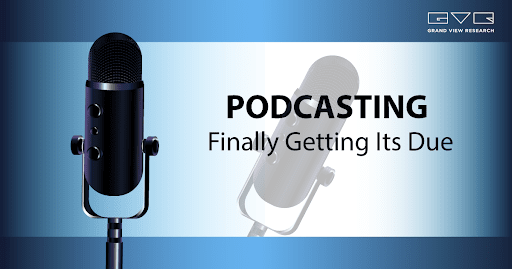 What would you do if you have to travel a long distance to your place of work daily? Chances are, many of you already do that, preparing yourself for a long day ahead at school, or office. And if the journey is particularly long, we need some form of entertainment to keep the boredom away.

Of course, we have the time-tested presence of videos and music on our phones, but a new form of media has slowly grabbed the attention, or rather the ears, of the population. This is the time that ‘podcasting’ has really begun to shine, with the presence of numerous content creators really enhancing this ecosystem.

Before we sing praises of podcasting, let us learn in layman’s terms what podcasting is all about. Remember the olden days when our previous generations would keep their ears glued to their radio sets (one of THE most precious possessions they had) to keep abreast with what was happening around the globe?

Or even the millennials and to some extent Gen Z, who have been familiar with the FM radio on phones, before they were smartphones? Well, think of podcasts as being similar to them, offering entertainment and information in spoken word format, either by bringing over guests and panelists to share and express opinions or by sharing their own opinion with the listeners.

The podcast is a combination of two terms, iPod and broadcast, and the name was born in February 2004 in a column of ‘The Guardian newspaper by journalist Ben Hammersley.

Today, this media form is being consumed by the population across major towns and cities of the globe. In fact, a report by Grand View Research has forecasted the industry size to be more than USD 60 billion by 2027, which is a mammoth growth.

Starting a podcast requires very modest expenditure, mainly for computers (which a large proportion of the population already has), microphones, mixer, headphones, as well as mixer, audio interface, and amplifiers, and you are good to go! Of course, the success of a podcast depends on how clear and thorough the host is with the content, the quality of the guests, and most of all, the ability to engage the listeners.

Over the past decade, the mass digitalization across the globe, as well as globalization and commercialization in major areas such as sports, technology, and entertainment, has led to the emergence of a new age of content creators, one which is informed and engaging, while also having a pulse on the listeners’ preferences and areas of interest.

With the establishment of popular franchises in media and entertainment, such as Star Wars, Star Trek, F.R.I.E.N.D.S, and many similar popular movies and series, there has been an emergence of the ‘fandom’ culture, a group of people who proclaim to be quite thorough in their knowledge of a particular show, movie, or game. Some of the most popular ones are:

#1. Star Wars Minute – Hosted by Alex Robinson and Pete The Retailer, this podcast analyzes and critiques various aspects of the Star Wars universe, such as The Rise of Skywalker, and The Force Awakens, among others. The podcast has had more than 300 episodes and regularly invites distinguished for discussing all things Star Wars.

#2. The Crown: The Official Podcast – This is a podcast for The Crown fans, a Netflix series revolving around the reign of Queen Elizabeth II. The show has been widely acclaimed for its story and performances and has seen its popularity soar every year.

#3. Office Ladies – A podcast that revisits popular episodes and moments of the cult US series The Office, which lasted for 9 seasons. The podcast is hosted by Jenna Fischer and Angela Kinsey, who portrayed key roles in the series. The podcast involves the duo re-watching an episode and offering commentary and insights into that particular episode. As of now, 55 episodes have been put up for listeners.

#4. The Rewatchable – A movie podcast by Bill Simmons and a rotating series of hosts, who revisit and discuss movies that they cannot stop watching. The podcast is available on Apple Podcasts, Stitcher, and Spotify.

#5. Serial – For fans and followers of investigative journalism, this podcast offers a look into real-life events, with 3 seasons having been narrated to date. The series has received numerous awards and acclaim from journalists and media outlets for its gripping narratives and powerful storytelling.

#6. Football Weekly – Developed by The Guardian, the podcast is hosted by Max Rushden and involves discussion and analysis of matches, primarily from the Premier League (England), La Liga (Spain), Bundesliga (Germany), and the Serie A (Italy). The podcast is hugely popular among the soccer audience and has won a number of awards.

#7. The No Sleep Podcast – Began in 2011 by the members of a subreddit ‘r/nosleep’, and as the name suggests, offers creepy stories in audio format. Has had 11 seasons to date, and is available on Apple Podcasts, Stitcher, and Spotify.

Many Users, Many Facets

Besides these podcasts, there are various others hosted by prominent personalities in fields as diverse as cooking, wellness, and stand-up comedy, just to name a few. The COVID-19 pandemic situation has provided a perfect opportunity for content creators to utilize podcasting as a way of showcasing their talents while offering consumers engaging content so that they can alleviate the boredom being generated from lockdown and work-from-home scenarios.

With time, podcasts have also evolved into something much more than just audio clippings. The interview segments hold a large portion of the market share (30% in 2019), as stated by Grand View Research. However, there are a number of notable variants, such as enhanced podcasts that offer a narrative slide show by linking synchronized images; podcast novels that combine the concept of an audiobook with a podcast, and are recorded into episodes delivered over a period of time; video podcasts, which offer video content to their audience; and live podcasts, which are performed before a live audience using the same format. Some popular live podcast events include the London Podcast Festival and SF Sketchfest.

The major applications that offer podcasts for listeners are Spotify, Apple Podcasts, Overcast, Google Podcasts, and BeyondPod, among others. Some of these podcasts are cross-platform, while some are available exclusively either on Android or on Apple devices. For first time listeners, it may be hard to decide how to exactly search for a podcast of their liking. After all, podcasts are still unknown territory for many people. Here, we will see how to make the most out of Spotify and Apple Podcasts app, which cover a very large base of users.

Spotify, which had till now been mostly known for its music streaming service, has gained popularity in the podcasting space too. Spotify is available on Android, iOS, and Windows 10, and has a very easy interface for users to find and subscribe to podcasts that they like. Following are the steps to do so:

➤ Open the Spotify application and log in to your user ID.

➤ In the search bar, search for the name or genre of the podcast that you wish to listen to, which will automatically generate results. If you do not find your desired podcast, there is a ‘See All Podcasts’ tab on the bottom that you can select.

➤ You can click on a podcast name to get more information about the podcast, such as the host, the episodes present, and what each episode talks about.

➤ The user can then tap on ‘Your Library’, and then ‘Podcasts’, in order to view their followed podcast.

➤ For premium users, Spotify offers the feature of offline downloading, limited to the Android and iOS platforms.

➤ In order to download a preferred podcast, click on ‘Your Library’ and then ‘Podcasts’, and then select the podcast that you want to download the episode from.

The Apple Podcasts application is highly popular among iPhone users and is available on the App Store for download. Following are the steps to listen or download podcasts on Apple devices:

➤ Begin the app and tap on the ‘Browse’ button at the bottom for searching your desired podcast/s. Use the ‘Search’ option if you know the podcast name so that it pops up in the resulting searches.

➤ The podcast page holds a number of options for users: if the user wants to listen to a particular episode, scroll through the episodes to find the required episode, and tap on it to start playing.

➤ In order to download an episode, the user can tap on the ‘+’ (plus) sign present on the right side of the episode. Once it starts downloading, the icon will become a cloud.

➤ For subscribing to a particular podcast of your liking, the user can tap on the ‘Subscribe’ button. This also enables the app to automatically download new episodes once they are published.

➤ The subscribed or downloaded episodes of the podcast can be found in the ‘Library’ section, where the user can select any of their desired episodes.

This, in a gist, is how to make use of popular podcasting applications such as Spotify and Apple Podcasts. Of course, there are a number of other platforms that have been mentioned above, but Spotify and Apple Podcasts have a large audience base, which has subsequently made them very popular with content creators and podcasters for launching their content. Podcasting has become a very powerful tool for propagating opinions and analysis, and when used optimally, can work wonders for both the podcaster and the listener.