Home
Internet
Gmail Statistics And Facts to Know In 2022

Gmail is becoming a one-stop destination for all users when they want to exchange information and want to store some of their personal data. From the time of its invention, it is serving users with the best of the features. Earlier it was not that much developed as it is these days. If you have no idea what advancement we are talking about, let’s have a look at all the Gmail statistics and Facts to know in 2021.

After this read, you will be going to get an idea about some unknown facts related to Gmail, which are making it a one-stop destination by users these days.

38 Gmail Statistics and Facts to know:-

On the basis of reading rate:

➤ The primary type of Gmail has a read rate of 22%. According to statistics, 22% of messages in the primary tab are read by Gmail users. The primary tab is the first thing that appears when the user opens Gmail.

➤ In the category of social messages, users are interested in reading only 22.4 % of messages. This clearly indicates that the social message category doesn’t create any difference for them.

➤ The message section that is considered as updates has a read rate of 28%. According to Gmail statistics, the updates have the highest potential for messages as compared to messages read by users in real. Uses go through 28% of these messages and read them.

➤ In the promotion section, the read rate of messages is 19.2%. So many users are there who haven’t looked at promotions at all.

Read: 10 Best Ways to Find Anything in Google Drive

On the basis of placement rate:

➤ All the email messages which are considered as updates have the highest inbox placement Rate. The rate is 86.8% and has a permanent Placement in the inbox as well.

➤ The promotion messages have a placement rate of 84.5%. The messages that have maintained a place in the spam folder are not counted in it.

On the basis of messages in the spam folder:

➤ The spam folder is all about messages which are not of use, but still, these are still having some required emails, and the rate is 0.05%.

➤ In the Gmail inbox, less than 0.1% are considered as spam. The algorithm of Google has been designed in a manner that can target spam emails and deliver them in a separate folder without creating any nuisance to the user.

Read: How Do I Get a Google AdWords Promotional Code?

On the basis of categories:

➤ For all the Gmail users, 22.1 % of all the incoming messages are considered as updates. According to the analysis of emails sent to users, these are updates, and users can consider them as receipts and shipping updates according to their convenience.

➤ Among all the messages sent to Gmail users, 68.4% are considered as promotions. There is no surprise that email marketing tools have occupied a place in the inbox, and this lets users face this rise as well.

On the basis of used in US companies:

➤ For almost 92% of startups in the US, people consider using Gmail to improve the services for customers.

➤ For almost 60% of mid-size companies in the US, Gmail is acting as a boon and acting as a career for communication as well. Instead of using a dedicated email domain or a different provider, people consider Gmail to be a one-stop destination.

On the basis of age of a user:

➤ In the age group, 18 to 29-year-old 61% of people are using Gmail. Among all the youth, it is becoming a one-stop destination for storing their content and to receive things which are important for some people are considering it as the source of communication, and for some, it is just a way to use their mobile. Also, it is really very helpful in receiving the update considering payment applications and other applications they are using.

On the basis of leaked passwords:

➤ The problem of the leaked password is 39.84%, and it has been reported due to the use of lowercase letters. The commonly used password includes qwerty, love, Dragon, password, welcome, and so on.

➤ The rate of leaked passwords having lower case letters along with numbers is 42.5%. This clearly means that people who are using these passwords, along with lower cases, are on the verge of losing them.

➤ In case a person is using a password with is 10 characters long, then the chances of leaking it are less than 8%. It is considered to be one of the most secure passwords for users.

➤ Uses integrating combined letters along with numbers and symbols are at the verge of highest security, and the chances for leaking the password is only 1%. There will be no need for them to worry about Security at all because these are not traceable at all.

On the basis of problems raised:

➤ In September 2014, almost 5 million Gmail login leaked, and after it, Gmail looks at the problem and enhance the security more.

On the basis of a number of users:

➤ Currently, the average number of email accounts a user is having is 1.7%.

On the basis of general things:

➤ Gmail allows users to cope up with emails from addresses having and specific characters. They can send and receive as many messages as they want.

➤ In October 2013, handwriting input support was added to Google, and then it is integrated into Gmail as well.

➤ The amount for an average Gmail account is $3588.85. This clearly means that a user having an email account with a good number of messages is somewhere having a good amount of money with them.

➤ According to the statistics, Forbes magazine is among those who have declared it to be the best webmail in 2006.

➤ Gmail is available in 72 languages, which clearly means that according to the native language, a user can get access to it across the globe easily.

➤ In December 2016, Gmail was the second leading email services available around the globe. It almost held 20% of email accounts at that moment.

➤ In 2018, the email accounts opened on Gmail were almost 27%, and only 1% of accounts get open on Yahoo. This clearly means that the square form is helping users to avail themselves of the services effectively, and they are happy with it as well.

➤ A user can undo the sent emails by turning on undo sent in the Gmail tabs under the setting options. This clearly means that if you have sent the message wrongly, you can simply undo it.

➤ By having a look at the increased number of users, Google announces that all the users will be going to get 15GB of unified storage for free. It is there in their Gmail account as well.

➤ 75% of all Gmail users use it on their mobile devices. Not every user has a laptop in front of them for using it, but they have their phone, and they have registered their email id and using other services, including Facebook, YouTube, and other business-oriented app linked with Gmail.

➤ Almost 2.2 billion monthly active users are there on Gmail every month in 2020. For some users, Gmail is their primary and only email account, and some users have multiple accounts as well.

These are some facts that a user must know who is using Gmail for a very long time. We suggest you keep track of each and everything considering the Gmail account you are having because it helps you to understand what you can integrate and what you can avoid when it comes to availing of enormous services.

How To Make Phone Calls From Your Laptop?

How Old Is My iPhone? 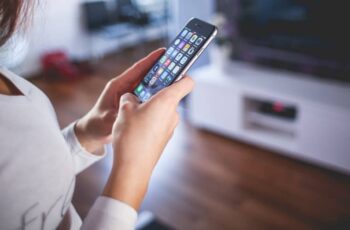 Text Auto Reply on iPhone: It happens many times that … 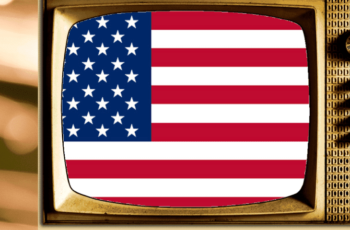 Buying consumer goods made in the United States is a …