Home
How To
How To Connect Your Xbox 360 Controller to Android Without OTG Cable?

Gone were those days when you needed to have an Xbox, PlayStations to play high-quality games. Smartphones are getting stronger and smarter day by day. Manufacturer bringing in high resolutions smartphones powered with powerful GPUs, big ROM, faster RAMs, and graphic cards. It makes it easier for the game developers to bring in their android version for these powerful gadgets. PUBG is one of the big games you can take as an example today.

Though we now had these games on our smartphones, playing them with such a small screen is not so easy. Sometimes it’s even so painful if you play long hours. This problem still has not been solved by any of the Smartphone manufacturers. But as it is said nothing is impossible, the same goes here too.

We have another way round to play and enjoy the games on Android. Yes, you must have heard that too. Yup, we can connect Xbox 360 controllers to Android too. And that’s what we are going to connect in this article.

As of now you can connect your Xbox 360 controller in two ways either connect it via a USB OTG or if you are using a wireless controller you can use Bluetooth to connect it with your smartphone. Let’s start with the Bluetooth option without OTG.

You can certainly connect an XBOX 360 controller to android without OTG but it should be a wireless one powered with Bluetooth. For any other XBOX 360 controller, you need to use the OTG cable, which we do cover in our later section.

Follow the below steps to connect your XBOX 360 controller to Android without OTG.

1. Turn on the Bluetooth on your Android device, you can do it by either this

2. After switching it on, press and hold the Bluetooth icon to start scanning nearby Bluetooth devices.

And that’s it you can now enjoy your game right from your controller on your Android.

As we have told you above these options are only available for the Bluetooth-enabled XBOX 360 Controllers. If you are using Old wireless controllers with RF Technology you can only connect your android device with OTG only. Here you can follow these simple steps to connect it with your android.

1. Connect an OTG cable to your Android Smartphone.

2. Plug your wireless controller receiver into the OTG input socket.

3. Make sure your Android is powering up the Receiver too. You can use a splitter adaptor.

And that’s how you can connect and enjoy playing your old wireless RF XBOX controller with your Android Smartphone. But keep in mind that these RF wireless controllers are not meant for the Androids, so there are only limited games that you can enjoy very well with these. But the Bluetooth wireless and Wired XBOX Controllers with OTG that change the whole game, so better use them instead of RF Old Controllers wireless.

We have tried to keep the article language simple for better understanding, though we are not bragging about it. There may be a chance we are not as clear as it can be. If you came across something like this, just drop a comment below.

In this article, we tried to explain how you can connect XBOX 360 Controller to android without OTG. It was Bluetooth that can be used to connect it with Android.

Later we also see that RF-enabled old XBOX 360 wireless controllers can also be connected with a receiver and OTG, but it will give you only limited options with your gamepad.

Thanks for coming this far with us, we hope now you will be able to enjoy your game on Android with a controller.

How To Get HBO Go on VIZIO Smart TV?

How to Install Spectrum TV App on Firestick/Fire TV? 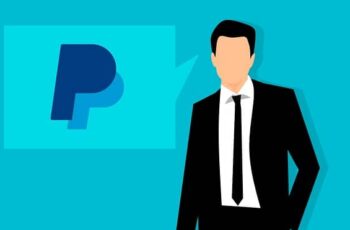 Free PayPal money sounds too good to be true, right? … 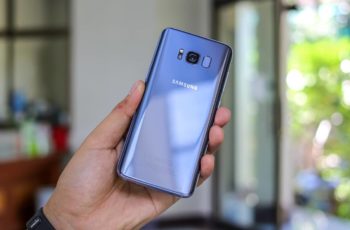 Probably you would have never heard these long, technical words …