Chromecast Steam Game from iPhone, Android, & PC: Steam is considered to be one of the best video game distribution services provided by Valve. This software was launched as a standalone client to offer automatic updates of the games to its users. Steam was launched in September 2003.

It also provides an online web-based and mobile upfront. It also provides the users with some essential features like automatic installation and update of games and includes cloud storage and a voice chat facility.

The steam platform is one of the largest digital media distribution platforms that work on pc, android, mac, and Linux. Research has shown that by 2017 users purchased games through steam totaled to around US$ 4.3 billion. By the end of 2019, it has a user base of around 34000 games and 95 million monthly users.

After 2013 steam allowed its users to review the games and add favorite games to their quick list. The steam interface is so easy that it allowed the users to define the shortcuts to be added. The game launched by steam provides the users an overlay of the whole concept.  And since February 2014, the beta version allowed the users to take the screenshot of the overlay.

If you are a gamer or love to play many videogames, then here we can improve your gaming experience. You must be aware of steam or at least came across it in one way or other. It has become an inseparable part of any device. Steam lets you play a lot of cloud games and also communicate with your in-game opponent or partner. No one doesn’t likes to play games on a big screen. So if you are the one who wants to play the game through chrome cast, then we will help you out.

Steam has just got a new feature called a steam link through which the user can link the controller to TV or any other device. Steam Link lets you play the desktop game on your android or iPhone device. Just follow the following steps to chrome cast steam games from android, iPhone, and pc:

Step 2: Open and launch the app after it got installed entirely.

Step 3: Now, sign in to the steam app by filling in the required credentials. 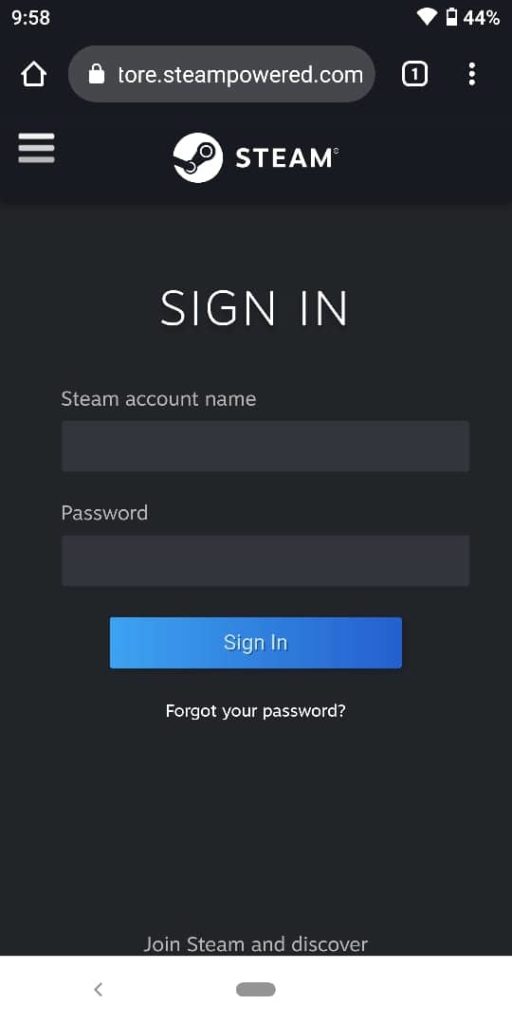 Step 4: Connect the computer and the pc to the same network or Wi-Fi connection. This will let them connect without any interruption.

Step 5: Find the device using the scanner from the mobile or pair the computer and mobile using a pin.

Step 6: After completing all the above steps, start playing and enjoying your game.

If you are an android user, then no worry, as we have a solution for you too. Just follow the given steps:

Step 1: First of all, connect your android device and chrome cast to the same Wi-Fi network. This will let you enjoy the streaming without any interruption.

Step 4: Find and select the chrome cast device from the devices available and ready to connect/.

Step 5: Once you are done with the above steps, you are already set up and ready to play.

No doubt, ios devices provide the best gaming experience due to their high-end processor. But if you want to Chromecast the game, then it will be a little tricky. If you are the one who wants to chrome cast steam game from the ios device, then follow the following steps:

Step 2: Search for a replica app and install it

Step 3: Now connect the ios device and chrome cast on the same Wi-Fi network to get a better and fast connection.

Step 5: Tap on the start button to start the screen mirroring.

Step 6: After completing the entire above step, you are all set to play games through chrome cast.

Read: How To Get Game Pigeon On Android?

If you are a computer gamer and love to play a lot of games, then you can also chrome cast your games? Just follow the following steps to chrome cast steam games from a computer:

Step 2: On the home screen, do a right-click

Step 3: After this find for cast option

Step 4: Now find the chrome cat available to connect and click on it,

Step 5: Select for cast desktop in the sources dropdown.

Step 6: After completing the above steps, your pc screen will start mirroring the chrome cast-connected TV.

Step 8: Now login to the steam app using your credentials.

Step 9: After all the steps are completed, you are all set to play games on your TV.

Here we have come to an end. We have discussed all the relevant information related to the steam app. Also, we have provided the steps you need to follow to chrome cast steam games from android, iPhone, and pc. If you are still unable to connect or find any problem, then do let us know. Our team of experts will help you out at any point in time. Also, if you want to get more relevant information then stay tuned with us.

How many levels are there in Candy Crush Saga?