Strategy games are good for all. It requires a high level of thinking and mental awareness of the game. There are hell lot of offline strategy games available to download and play online but only a few can be played offline. Here is the list of Top 10 Best Offline Strategy Games especially for Android users. 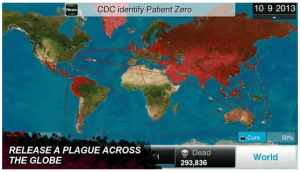 Plague Inc. is an incredible game suitable for Android. It is a phenomenal 5-star rating app, where all the users love to play with this deadly game.

It is a multi-lingual language game feature with an amazing hyper-realistic world with hundreds of traits evolved with thousands of events to adapt to this incredible game.

The game is executed in a brilliant way with innovations and rewards with the best scoreboard and excellent achievement category. It evolves the strategy genre to a new level of the gaming world. Explore this game for free from the play store.

#2: The Battle of Polytopia – Android

It is a challenging game with more strategic adventure. It is a game about winning the battle, ruling the world, fighting with evils, discovering new lands and technologies, etc.

The game has auto-generated levels with unlimited exploring experiences with full fun and replay value. There are different tribes to be chosen as per the choice and start to play this strategic adventure to win in the battle and get more rewards.

Explore the game in wander cold forest, steamy kickoo jungles, or claim the lush field of Imperious Empire. Start downloading this most adventurous game from the above link and explore the new strategy adventure.

War Inc. is another interesting war military game with stunning battle gameplay. It is been designed with intelligent units, in-depth strategy, and supports the modern world with combat forces.

This modern military game trains you to prepare for a multilayer RTS battle with the help of a powerful commander along with fast-paced marines and snipers.

This game can be downloaded from the above-given link. 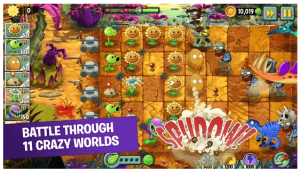 This is one of the million downloaded games loved by all users. Start playing this exhilarating game by hit action-strategy adventure with greet and defeat legions of zombies.

This is the award-winning action-strategy game. The battles across 11 crazy worlds are available from Egypt to the Far Future with more than 300 levels.

This is the funniest, understanding, ultra-challenging, and excellent time pass game with severe levels to compete and complete the task.

This game device helps to devise the ultimate plan to protect your extraordinary brain. Dr. Zombies is waiting for the battle! Download the game from the above link. 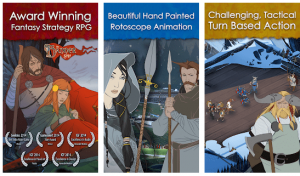 Banner Saga is one of the most enthusiastic games with strategic choices that directly affect the personal story.

Embark your own epic journey in this Banner Saga strategy game. Leave your home and start to strike out on a desperate journey in order to save them.

Lead your caravan across the most stunning and thrilling environments and into war, fought with the enemy clans and soldiers.

Build several relationships and make multiple choices to shape the future of the clan and start to survive in this beautiful bleak world with unlimited time.

Download this most enthusiastic game from the above link. 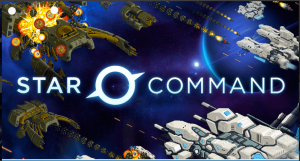 Star Command is a strategic adventure brought to you with excelled HD technology that brings to life the challenges in the amazing game.

This wonderful game makes you sit at the edge of the seat and play with a full battle mood with defeating your opponent’s commands with strange and annoying alien civilization waits at every turn.

It is essential to manage each of your ship roles focusing on tactical combat and prevent alien invaders from taking over the ship from the major cause. Revive dying crew members in a separate new room. There are multiple twists in the game so haunt carefully and save your life in the game.

This most exciting, thrilled, and very interesting game can be played from the above-given link. It starts to download online and play offline.

ICE- minimalistic Strategy is simple but excellent strategy gameplay even you are offline. The battle can be won by controlling the powers. Control the army of ants such as ships and start to capture enemy bases.

It is a most brilliant game played with full of involvement in controlling the powers. The user never gets up until they defeat the enemy battle. This incredible game can be downloaded from the above Play store link. 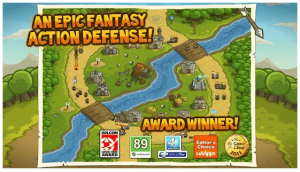 This fantasy defense game can be downloaded from the play store from the above link. It is specially designed for Android users who can play this game even offline. This strategy game has crossed more than 10 million downloads. Start exploring this wonderful game and spend your time with a fun-filled moment by winning in the battle.

Get ready to defend the kingdom against evil wizards and trolls using a vast arsenal with your command! Fight on several regions like forests, wastelands, and mountains with full command power and specialization. Save the kingdom from the force of darkness and evil. Win the battle!

#9: The glory of Generals – Android

The glory of Generals is the most amazing strategy game with 4 World War II battlefields along with more than 60 campaigns. To start to play this game offline, download the game from the given link.

The battle exists in varieties of paces like terrains, mountains, water lands, wastelands, and several battlefields. Choose your option and start to win in the battle with an excellent command and defense facility.

It is an offline game but also supports multiple players through online wifi or Bluetooth. 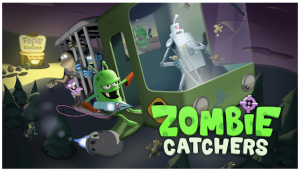 Hey, guys get your harpoon gun ready to start catching some zombies. Zombie Catchers is a strategy action-adventure game in a world riddled downloaded by 100 million peoples for its zombie invasion!

Planet Earth is infested with undead but developers plan to catch the entire zombies and make the earth safe. All tools and commands are available for instant access to win in an incredibly charming and funny but hunting all zombies with a worthwhile challenge.

To play this game on your Android device downloads it from the above-given link.

These are the best Offline Strategy Games for suitable Android users. Start exploring this game in offline mode and you can win the battle absolutely with offline mode. Have unlimited fun!!

What is full of PUBG? 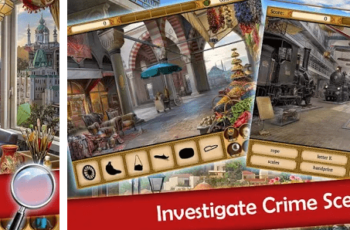 Games always come up with an enthralling experience, and there … 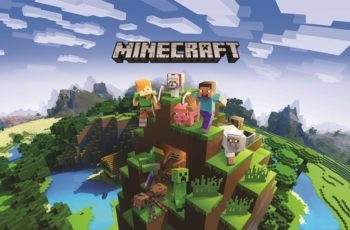 If you are a game lover, then you must have …