IoT is such a kind of technology which makes physical objects smart. These objects (IoT integrated) can interact with humans and answer their questions. These objects keep an eagle on everything happening around them. These objects entertain kids and become their friends easily, at the same time, these objects can protect you and your property.

In today’s world, it is very rare if someone denies knowing about IoT. According to data, by 2025, there will be 75.44 billion IoT devices, almost 50 billion more than now.

Looking at its popularity, I have listed out the best IoT devices you can try now or think to buy. But before fetching that list, let’s understand what is IoT technology and how does it work.

When a physical object is integrated with an IoT controller which is an ultra-low-power wireless data communication chip, that physical object becomes smart and called IoT device. Meaning, the IoT controller makes an object smart, but there should be something to make them talkable with other devices, and the mobile app. For that, the MQTT protocol is being used. It establishes the connection between the mobile app and other devices with IoT devices. The best example of the MQTT protocol is seen in the e-scooter rental app. When a user scans the bar-code printed on the e-scooter to unlock it, a mobile app, via MQTT protocol, sends a message to that particular E-scooter’s IoT controller to unlock that e-scooter.

Kick-scooters have been in existence for quite a good time. But a smart e-scooter which is tracked unlocked by the mobile app is the result of the micro-mobility revolution.

In the last 3-4 years, many companies have deployed smart e-scooters on the streets of roads for people who wish to travel within a congested city quickly.

These tiny e-scooters are linked to the mobile app and by using the mobile app, users can find the e-scooter, unlock it and pay the fare at the end of the ride. Thanks to advanced e-scooter app development technologies, smart e-scooters have witnessed many innovations.

The current e-scooter mobile apps come with some groundbreaking features like e-scooter reserving, real-time traffic updates, e-scooter battery indicator and many more. The best thing about these e-scooters is, you don’t have to buy it to experience it. All you need to do is, download the e-scooter app, find the e-scooter, and unlock it by paying $1 through that app itself!

Google home is another best example of IoT technology. It allows users to play music, set alarms, control lights and any other smart connected device with just a voice command. In the USA, it just cost $130.

Amazon Echo Plus is yet another IoT device that deserves your heed. Same like Google Home, it is capable of running songs, making phone calls, setting timers, managing households, answering your questions and many other things. You can buy Amazon Echo Plus from all popular online and offline stores at just $99.99.

Amazon Dash Button is a tiny yet very usable IoT device. It is a tiny device that gets connected over internet Wi-Fi and orders any household items including soft drinks, grocery material, medical and personal care from the Amazon store. In order to fully utilize the Dash Button, a user should have Amazon Prime Membership. To know how it works, watch this video, and to acquire one, be ready with just $4.99.

Have you ever thought that the switch you are currently using for either turn on or off anything, can become smart and act on your voice command? Belkin’s Wemo smart light switch depicts how far IoT technology can go. It looks like all traditional switches, but it connects to Wi-Fi and acts based on the user command it is getting through the mobile app or through the air! The cost of Belkin’ WeMo Smart Light Switch is $39.95.

Flow Air Pollution Monitor is an amazing product. It is a tiny air pollution monitor which you can carry anywhere. But since it is IoT enabled, it shares air quality data with you on your mobile app. Not only this, it shows the data in the map and stores the data in the same way. It also forecasts air quality. The money you need to pay to buy it is $179.

Smoke detectors are life savior and so, it becomes a fundamental need to install in our home. But what if you are not at your home and smoke detector starts beeping – you just simply can’t save your property. But IoT technology has an answer for this issue. Nest Smoke Detector is the IoT enabled smoke detector which alerts the owner on his phone if a fire erupts at his place. The cost to save your home from fire is $119.

Ring Doorbell is the most successful IoT device. The Ring Doorbell providing company has sold millions of devices across the globe, and there is the reason behind it. It is very convenient, it allows users to answer the door from any place using a mobile app.

Not only this, Ring Doorbell has a camera that broadcast live audio/video footage on the owner’s mobile phone. The cost of Ring Doorbells is between $99.99 to $499, depending on the type of model.

IoT devices are most vulnerable to cyber-attacks. Thus, there should be something that takes care of all connected IoT devices of your office or home. The first of its kind Bitdefender box is a very effective internet security solution that prevents IoT devices from malware, stolen passwords, identity theft, and spying and shows data on a mobile app. The Bitdefender box costs $179.99.

IoT technology has changed the way we use physical devices. Devices which work on the IoT technology interact with human and understand the human command. Mobile app-enabled  IoT devices have features beyond conventional IoT devices.

This type of IoT device shares data with a mobile app that eventually makes the user experience of using such devices so pleasant. Currently, the market is flooded with so many IoT devices that are claiming to solve some major challenges we humans have been facing.

However, not all IoT devices are working properly as MQTT protocol which is the major technology to run IoT technology, is really hard to implement. So, before buying any kind of IoT devices, always check whether the device can easily establish a connection with the mobile app or not; if not, it isn’t the IoT device!

Vishal Virani is a Founder of Coruscate Solutions. He enjoys writing about the vital role of mobile apps for different industries, custom web development, and the latest technology trends. 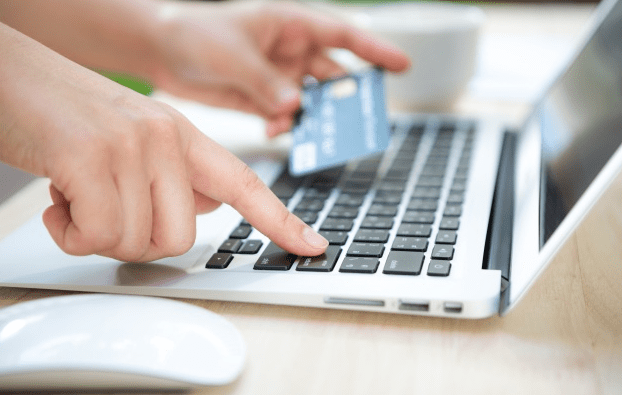 Explore the technology world with the best laptop under 30000 …