In the sky above the modern metropolis, there are more drones than birds. This is no accident because the quadrocopter is not only a great toy for children of any age, but also a great help in video and photography from the air, and indeed a great hobby. Don’t you have a drone yet? So it’s time to start it! I’m going to tell you how not to make a mistake with the choice and which 7 quadrocopters can safely be called the best drones in 2020, we will now tell.

What flying drones are?

The quadcopter is a flying drone with four propellers that rotate four electric motors. In addition to them, there are other categories of similar devices.

1. Tricopters are equipped with three motors. Usually, these are small devices of rather limited range (25-50 meters), but very maneuverable. They are inexpensive, but they are not equipped with a standard camera.

2. Hexacopters are equipped with six engines. These devices can rise to a great height and carry up to 10 kg of cargo. They have poor maneuverability, but their range is up to 7 km. In the air, they can be up to an hour, but they are not at all cheap.

3. Oktokopter – 8-rotor devices. They are the most reliable in flight, can lift up to 20 kg of cargo, but more slowly than others. Such devices are very expensive and are used mainly by professionals.

In everyday life, it’s quadrocopters that can be micro-class, with a diameter slightly larger than a 5-ruble coin, and can even reach 700 mm in the diagonal between the motors (that is, have 700 class). Moreover, the size of the quadrocopter often determines not only its capabilities in flight range, time spent in the air, and speed but also what additional functions the device will be equipped with.

Controlling a quadrocopter is not too complicated and looks like a computer game. Learning how to operate such a device is quite simple, but if you do not have the experience, it is better to get a micro-class quadrocopter first and how to practice it. It’s difficult to break such a drone, and the experience gained will be useful to you with more serious models. However, one can learn how to handle heavy quadrocopters without breaking them, if one is careful and careful.

Is it legal to use a quadrocopter?

Quadcopters weighing less than 250 grams can be used without restrictions. For the rest of the drones, you need to go through the registration procedure and obtain the appropriate permission.

Aircraft up to 30 kg can be registered according to a simplified procedure and without any problems getting permission to fly at altitudes up to 50 meters. Each such quadrocopter is assigned an RFID tag, in which there is data about the device itself and its owner.

Unregistered quadrocopters that do not receive permission to fly are allowed to shoot down. In order not to throw money away, register the purchased quadrocopter before experimenting with its launch.

Racing quadrocopters designed for competitions can reach speeds of up to 300 km / h. But this is the exception rather than the rule. The maximum speed of conventional quadrocopters, which are the most popular on the market, rarely exceeds 60-70 km / h, and even at such speed, it is not so easy to control them.

But rarely does anyone pay attention to the ascent/descent speed parameter, although this indicator is very important in determining the vertical maneuverability of quadrocopters. The best drone models rise and fall at a speed of 30-40 km / h, but the most common parameter for the speed of horizontal movement remains an indicator of 10-15 km / h.

These two parameters are primarily affected by engine power and the capacity of the quadrocopter batteries. Important characteristics should also be considered the range of the control system and software settings.

Micro-class aircraft are usually controlled using Bluetooth, and the effective range of the equipment is no more than 20-30 meters. When using a radio channel to control a quadrocopter, the control radius, and with it, the flight altitude, even on budget models rarely have less than 50 meters. But professional drones easily rise to 1.5-2 km altitude. The most powerful quadrocopters are able to climb 10 km.

Battery life affects flight time. The higher it is, the longer the battery is able to supply power to the UAV engines. In addition, flight time also depends on the weight of the model itself. Therefore, quadrocopters without video cameras can stay in the air much longer.

In budget quadrocopters, usually not very energy-intensive batteries are used, with a capacity of 300-500 mA / h. Such drones are able to stay in the air for 5-10 minutes, but this time can be easily doubled if you save the quadrocopter from the video camera.

Another easy way to increase flight time is to replace standard blades. If you have a desire to make the flight of the quadrocopter longer, pick up such blades to it with which it will stay longer in the air.

Quadrocopter cameras are limited, first of all, in weight, because the carrying capacity of unprofessional drones rarely allows them to take off with a load of more than half a kilogram. Due to the small size of the camera and its capabilities, it is often quite limited.

On the best professional quadrocopters, the cameras are quite powerful. They support resolutions up to 2160p, in addition, they are equipped with their own memory for 8-16 GB. Of course, such drones are quite expensive, but there are no complaints about the quality of shooting. But the cameras of budget quadrocopters usually pull a resolution of no more than 1080p, but for amateur shooting, this is enough.

Most often, quadrocopters install lithium-polymer (Li-Pol) batteries. Unlike lithium-ion (Li-Ion), they are more capacious, less heavy, and hold a charge longer. The battery capacity of a good drone reaches 5000 mA / h or more, which allows it to be in the air for more than 30 minutes.

Naturally, such capacious batteries and charging time increases significantly. In order to re-launch the quadrocopter into the sky, you have to charge the battery for 4-5 hours. By the way, lithium polymer batteries are not recommended to be completely discharged. From this, they lose capacity.

Well, that’s enough theory. Let’s take a closer look at the 11 best quadrocopters: with a camera, for children, for beginners, and, finally, for professionals.

The best quadrocopters with a camera

Quadrocopter Ryze Tech Tello refers to the budget options and the price, and the capabilities of the camera (resolution 720p). Battery power lasts 10 minutes, and this time does not increase even by turning off the camera. The drone is controlled via WiFi, directly from the smartphone. By the way, there is also recording from the camcorder, since the model is not equipped with a Micro-SD slot. When operating this unit, consider the small radius of action (100 meters if there are no serious obstacles to the passage of the signal).

Despite the fact that the quadcopter DJI Spark flies farther and higher than its competitors (500 meters) and is controlled not only by the radio channel but also by WiFi, it can only be in the air for about 12 minutes. And it costs quite a lot – about 500 dollars. The camera of this drone has an excellent resolution (1080p), and the photographs are completely eye-catching (2976×3968 pixels). There is support for gesture control, but you have to sweat a lot with it, the drone does not understand this language very well.

The Hubsan X4 FPV Brushless H501S Standard Edition quadrocopter has only one drawback – it does not have a video stabilizer, but the camera resolution is the best for amateur models (1080p). The declared 20 minutes of the flight, the drone keeps in the air confidently, but the battery also has to be charged for a rather long time – 3.5 hours. Returning to the take-off point and following the operator are also very useful functions. Given the not-too-high price, the Hubsan X4 FPV Brushless H501S Standard Edition is becoming the best quadrocopter with a camera.

Without a video camera, the MJX Bugs 8 quadrocopter accelerates to 12.5 m / s and stays in the air for more than 10 minutes. The radio channel allows it to rise to 300 meters. The external optional camera location is compatible with the C5830 5.8GHz FPV model, but adjusting it to other types of cameras is not difficult. And the only drawback of this drone is not quite reliable “legs” on the frame. However, at a price cheaper than $600, the MJX Bugs 8 still remains almost the best quadrocopter for beginners.

A nice device in a bright yellow-black case. It is controlled via WiFi through a proprietary application for Android and iOS at a distance of up to 100 m. The built-in camera writes video in a resolution of 1920×1080 pixels and takes a photo with a resolution of 3120×4208 pixels. An hour and a half battery charge are enough for 15 minutes of flight. The maximum flight height is 50 meters. The copter takes off and lands automatically are able to return to the take-off point and follows the operator. A good, although not the cheapest model for a novice pilot: the Xiro XPLORER mini costs about $300.

Quadcopter DJI Mavic 2 Pro is equipped with an excellent camcorder with a matrix of 20 megapixels and has a good flight time – about 30 minutes. The camera supports HDR, takes photos in the resolution of 3648×5472 pixels, is capable of shooting FullHD video at 120 frames per second, and video in 4k format at 30 frames. The device has 8 gigabytes of internal memory for storing photos and videos. The maximum flight altitude is 500 meters, the radio control range is 5 kilometers. Is it worth it to pay almost twice the price of any competitor, you decide

The only drawback of the DJI Mavic Air Fly More Combo quadrocopter is its excessive noise, but the camera with a resolution of 2160p and a frequency of 120 frames per second is as beautiful as the rest of the candidates for the throne of the best premium quadrocopter. Other characteristics are also on the level: speed 19 m / s, flight time about 20 minutes, mounted ultrasonic sensor, barometer, visual positioning sensor, infrared sensor. The device is not cheap, largely due to its rich configuration (3 Li-Po batteries, propellers (6 pairs), propeller protection, etc).

We hope that after reading the article, you have decided which quadrocopter to choose for yourself. Before buying a drone, think about how you want to use the drone in order to understand which parameters of the device will satisfy your needs. Better pay more, but buy a branded quadrocopter, for which there is a guarantee and in which case the manufacturer will reimburse you for damage.

Factors to Consider Before Buying a Gaming Mouse 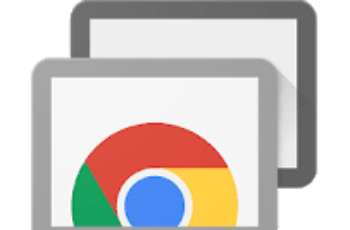 We all have at some point in time imagined how … 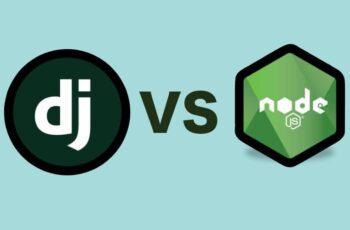 When it comes to websites and online apps, having an …