Nowadays the number of houses using the  Android TV is increasing but all of them are not aware of Android TV launcher apps. Android Tv app launcher is arranged as a kind of jumping-off or a launching software for android TV.

You can start all activities through this android TV launcher app. Also, the launcher apps help you to optimize the content menu easily and follow it in a manner.

We are giving you an overview of each Android TV launcher apps so take a look carefully to find out why these apps are on my favorite list:

Ugoos is Known as the best app launcher for Android TV. The user interface is a little bit compared to this Tv launcher app with others because the left side of the launcher has features to scroll the wheel which lets you browse the broad categories such as apps, games, and the internet.

The Ugoos TV is furnished with 9 themes which you can neatly use. And all the themes have customizable backgrounds, cons, and adaptive remote controls. Basically, this app gives you a refreshingly new look at your Android TV.

The People who are using Samsung or LG’s Tv then this is the perfect fit for them. This Launcher has a pretty layout that looks simple and straightforward.

All the apps are displayed in a single horizontal row at the bottom of the screen and it’s keeping like the modest approach.

The background image is neutral if you want you can customize it according to yourself. You can use the left and right corner buttons to check the app by your  TV Remote.

TvHome Launcher is also great for the basic drain for your system’s resources. If you have a low price and underpowered Android TV box then this launcher app is  Worth it for you.

Read: How To Android Cast Screen To TV Without Chromecast?

HA Launcher can open all types of apps. Sometimes in TV boxes and portable consoles do not show some apps which are opened in the background then such kinds of issues are handled by the HA Launcher which makes it amazing.

Also, it has an option to change the wallpaper as well as do customizations in terms of colors, font, and size. HA Launcher has one benefit over this launcher that it supports the sideloaded app on its screen.

It means that you won’t need to use a workaround to access the sideloaded apps on your Android Tv. Like many other Launchers HA launcher apps also let you add your own background image.

Simple TV Launcher is a free and simple Launcher For Android TV boxes. There are six spaces for apps on this TV app launcher.

In the given slots you can choose the apps which are apparently and if you want to check your all list of apps then you need to click on the icon bar of the upper hand corner.

When you see at the right-hand corner you will find the icon which lets you go directly to your Android TV menu setting.

The simple TV launcher app is designed with 720p and 1080p screens and it is fairly stable, allowing you to animate the wallpapers.

ATV Launcher is best for those users who are in search of a launcher that has endless options for customization on Android TV. It is an amazing android launcher TV app. It is simple, intuitive, and highly customizable for your android box.

And it also enables you to add your favorite widgets on your home screen, whether be the time or the weather widgets and you will find everything is available here.

I also really love to have their wallpapers and this launcher also has an option for the users. You need to know that you will get all the things on this TV app launcher that is already done by the Android TV launcher.

UNICA TV Launcher is another perfect and clean Android TV launcher that has the customizing option features which enable the user to customize their home screen in several ways.

UNICA TV is a launcher with a simple search features function. The search function features make the user find their apps in real-time. You will find that all the apps are arranged and presented separately in four different column bars.

However, this feature also offers quick access to the custom category. And you will find that it also offers a shortcut to make changes for all the available categories.

Mega Tv app is a unique TV launcher for android box users. You can customize the app bar including the favorite app and you can launch all your favorite applications from the main home screen.

This app launcher is stable and does not experience any hits. It has one central window where all the browsing apps and related things happen and that makes sometimes complicated with the user experience.

Read: How To Add and Remove Apps on Sony Android Smart TV?

The sideload launcher is quite similar to the HA launcher TV app because it loads all the background apps which do not appear and are not compatible with the Android TV.

Sideload Launcher works by placing a simple app on your screen. In this app, you’ll find some shortcuts to every app on your device.

If we compare sideload launcher with the HA launcher then it is more stable in use and there may be some chances that some of those apps won’t work because of the compatibility issues.

I am sure you are going to love it after using it. Now you have to select the best launcher TV which makes a good experience for you. I hope with the help of this article you are able to select one of the best android TV Launcher Apps easily.

How to Activate Tubi TV on Roku, Apple TV, PlayStation, and Amazon FireStick?

Dealing with a business is not at all an easy … 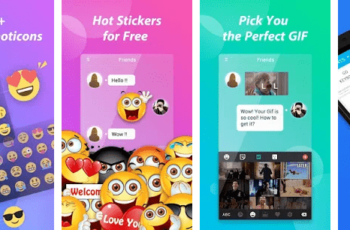 There’s a lot to hope for in the default messenger …