HBO Go Considered to be the best video-on-demand streaming service. American premium cable network provided HBO to its customer from outside the United States. The subscribers are also allowed to stream selected HBO content. These selected contents include current and past series Commonwealth and sports events. On February 18, 2010, the HBO Go service was first launched by its company in the United States of America.

HBO Go platform contains more than 400 hours of movie streaming features and original television films by HBO. There are also some unique and original series that premium users can download on their computers at no extra charge.

In January 2019, many smart TVs and gaming consoles added the feature that supported HBO Go on them.

HBO Go considered being one of the most trusted streaming services available on Apple TV. HBO Go mainly contains US-based shows and Hollywood movies to watch. Apart from streaming movies and series, it also provides its users with different content categories like comedy specials, smart talk shows, documentaries, and news events. So if you’re the one who loves to watch the contents, which is US-based and Hollywood movies, then HBO is for you.

Read: How To Watch HBO Max For Free?

If you are a person who has many devices to use HBO, then this feature is for you. Through the simultaneous streaming option, the user can use HBO Go on any device and at any part of the time. Also, it allows you not to sign out from your available device in order to sign in to a new device that lets you use it simultaneously on different devices.

HBO Go provides its user with many family-friendly shows 2. So you can enjoy watching television with your family, kids, and friends.

HBO Go has a unique feature for those who are from Cuba, Mexico, or Central America. This Latino feature dedicates some of its shows and programs to its Latino viewers.

Read: How To Watch HBO Max On Apple TV?

Now we will discuss the steps that you need to follow to install HBO on your Apple smart TV.

Get HBO Go on Your Apple TV

Since HBO Go is officially available on the Apple app store, it’s straightforward for you to install. Some of the Apple TV come with Preinstalled HBO Go on them. If it’s not installed on yours, then follow the given steps.

Step 1: Open the app store on your Apple TV.

Step 3: Scroll and select for HBO Go app from the list available.

Step 4: Now click on the install button to get HBO on your Apple TV.

Step 5: Check the list of apps installed on your Apple TV.

Step 1: After the installation, get finished; search for the HBO Go app in the list of apps available on your Apple smart TV.

Step 3: After this, click on sign in to get the activation code. This code will let you too safely and securely sign in to HBO Go.

Step 4: Now open the browser on your computer or mobile and visit HBO Go activation link.

Step 5: After the site gets opened, enter the activation code on the browser available on your screen and then click on get started.

Step 6: Now select the service provider from the list of providers available on your screen.

Step 7: On the next screen, enter the login credentials of the service provider.

Step 8: After this, select the type of videos that you wish to watch.

Step 9: Now, click on the play button to stream the video on your Apple TV.

So here we have come to an end. We have discussed everything about HBO Go, its features, how to install and activate HBO on your Apple smart TV for stock; if you have any query then do let us know. Our team of experts is here to help you out at any time. Also, if you love to check this type of content, then stay tuned with us.

How To Get HBO Go on VIZIO Smart TV?

How to Get HBO Max on Hulu?

How To Get HBO Max on Roku TV?

iPhone is among those devices which are considered to be … 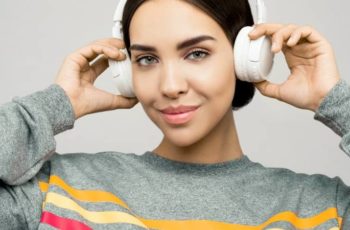 Nowadays, there is no need for an individual to feel …